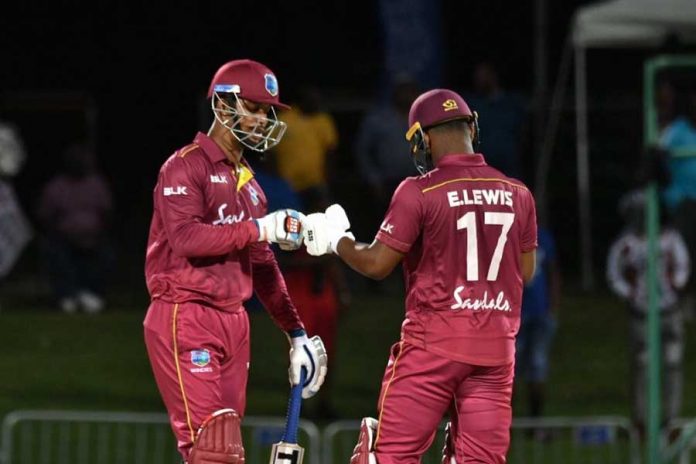 West Indies’ excellence with both bat and ball sealed a nine-wicket win over Ireland in the final T20I in St Kitts on Sunday, 19 January.

The victory levelled the three-match series, with Ireland having won the series opener and the second game having produced no result.

Lendl Simmons smashed his career-best T20I score of 91*, off just 40 balls, with the help of five fours and 10 sixes, while Evin Lewis contributed slammed a 25-ball 46. The two shared a 133-run stand – the highest opening partnership by a West Indies pair at home. Though Lewis fell, six runs shy of the target, their efforts helped West Indies seal a 139-run chase in the 11th over.

Earlier, sent in to bat, Ireland made a solid start through their openers Kevin O’Brien and Paul Stirling. The former struck five back-to-back fours in the third over, off Sheldon Cottrell.

The visitors brought up the team fifty in the fourth over, when they lost their first wicket. O’Brien, who made a quick 18-ball 36, became West Indies skipper Kieron Pollard’s first victim. Right after the Irishman’s dismissal, rain interrupted the game for over half an hour.

Openers Lendl Simmons and Evin Lewis guide their side to a comfortable nine-wicket victory in the final #WIvIRE T20I.

After play resumed, Ireland lost the crucial wicket of Paul Stirling, who was trapped in front by Dwayne Bravo for 11. Skipper Andy Balbirnie tried to steady the proceedings, but his side kept losing wickets at an alarming rate. Pollard struck twice in the eighth over, sending Gareth Delany and Harry Tector back.

Balbirnie was run out for 28, while Barry McCarthy was the only other Irishman to score in double digits, making an unbeaten 13-ball 18 as the rest of the line-up crumbled.

He’s in some serious form with the ball ? ? #WIvIRE pic.twitter.com/apv3H2RNcU

West Indies reined the visitors in for 138, with Pollard and Bravo having inflicted the maximum damage, with three wickets each.

Simmons and Lewis made the chase look easy. After the latter’s dismissal, Simmons finished things off with a six, to put the seal on West Indies’ win.