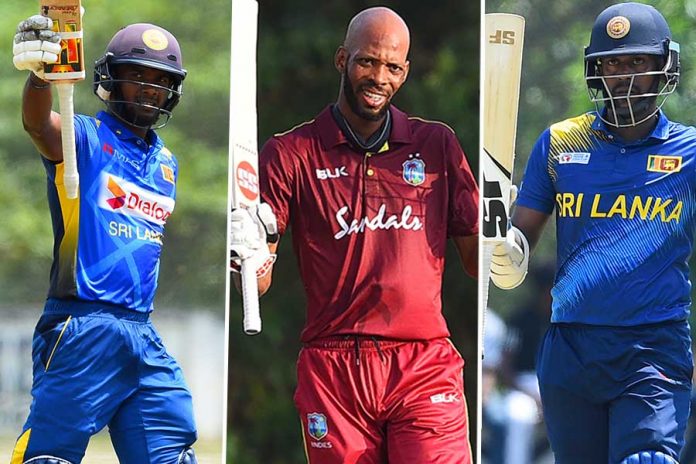 Windies all-rounder Roston Chase hammered a ton in their chase of 277 in the second warm-up clash at P Katunayake on Thursday (20th February) against SLC Board President’s XI, handing them a 6-wicket defeat.

After restricting SLC BP’s XI to 276 with a decent bowling effort, Windies lost 2 early wickets to two Fernando’s; Vishwa and Asitha as they sent Brandon King and Darren Bravo back to the pavilion without letting them go past double digits.

For the 3rd wicket, Roston Chase and Shai Hope put on a partnership of 133 runs with a healthy strike rate negating the early threat caused by the seamers. Chase raced to a brilliant century including 16 boundaries and 1 six as he carried the Caribbean innings past 250.

Shai Hope, being the perfect foil for Chase’s busy Strokeplay, played a subdued 85 before he was bamboozled by a delivery off Amila Aponsu, which trapped him right in front of the wicket. Windies completed their chase comfortably in 46.3 overs with the loss of just 4 wickets.

In the first innings, SLC BP’s XI skipper Lahiru Thirimanne won the loss and elected to bat first, but the seniors Dinesh Chandimal and skipper himself failed to contribute as they were dismissed for 5 & 4 respectively.

Young sensation Pathum Nissanka added a useful contribution of 41 up the order but couldn’t convert it into a big one. On the back of a half-century in the first warm-up, Asela Gunaratne made another good knock showcasing his ability to tackle quality fast bowling, with 56-ball 47.

The innings was given the much-needed impetus by Minod Bhanuka and Ramesh Mendis who scored 69 & 64 respectively, propelling the team’s score to 276. Mendis who is an all-rounder hit a triple century a few weeks back in the Premier League Tier A tournament for Moors SC.

The tournament proper will be underway with the 1st ODI between Sri Lanka and West Indies at Sinhalese Sports Club ground, on 22nd February.