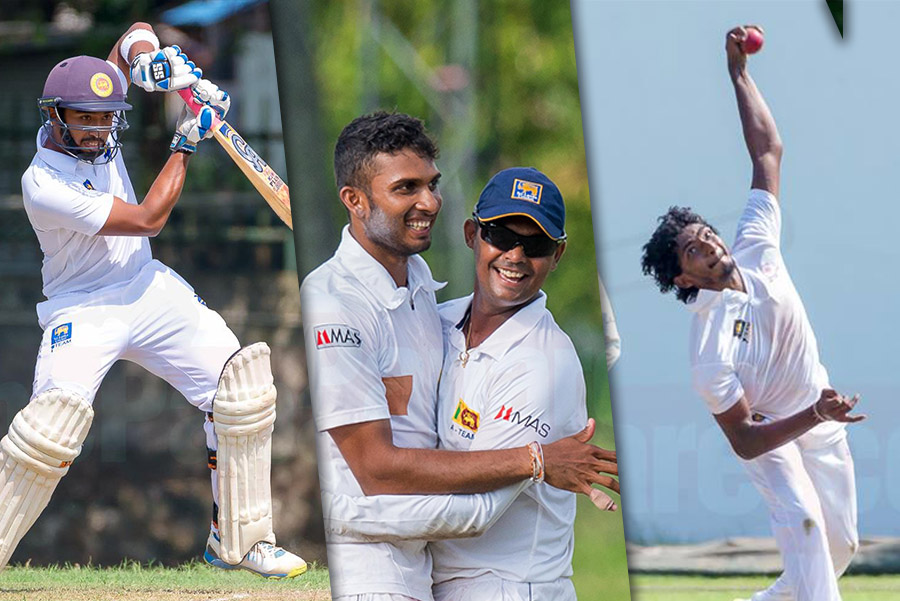 Sri Lanka Cricket (SLC) is all set to begin the 2017/18 domestic season on 1st of December with the Premier League ‘Tier A’ tournament being kicked off at six venues.

Sri Lanka Cricket (SLC)has planned a fresh structure for provincial cricket in Sri Lanka, as it makes a …

Sinhalese Sports Club won the Premier League ‘Tier A’ Tournament 2016/17 while Galle Cricket Club ended at the bottom and was demoted to Premier League Tier B while Sri Lanka Ports Authority Cricket Club, who topped the points table of the Tier B tournament after the verdict given after the alleged Panadura-Kalutara match fixing fiasco, rose to Tier A.

The Tier A competition which consists of 14 clubs have been divided into two groups with each team scheduled to play six games. The top four teams from each group will then qualify for the Super Eight Tournament which will most likely be conducted as four-day games. The lowest ranked six teams in the group stage will play for the Plate Championship with the bottom-ranked team set to face relegation.

All 9 teams in Tier B will play each other starting from the third week of December and after nine weeks of action, the team with the most points will be crowned champions, earning a promotion to the top tier next season.

With all 23 teams once again gaining first-class status, approximately 450-500 cricketers will be in action in all three formats representing their clubs.

The 50-over tournament and T20 tournament will have a similar structure of club tournament first, provincial tournament second with the only exception being all 24 club teams will be divided into four groups of six teams before determining the winners.

“Unlike previous years, we will be first playing red-ball cricket (first class) followed by white-ball cricket (list A). We do not want to switch from one format to other in a haphazard manner. This will enable players to have a better focus.” K. Mathivanan, SLC Vice President in charge of domestic cricket said.

The four-team Super Provincial tournament which is going to be the top attraction in the upcoming 2017/18 season will feature only the top 60-65 cricketers, the cream of Sri Lanka Cricket. The players will be picked by the national selectors based on their performances during the club tournament.

One of the most interesting additions is the introduction of a pink-ball competition during the provincial four-day tournament, with at least one game to be played under lights per team.

SLC has previously held provincial tournaments that sought to concentrate domestic talent. The continuity in such tournaments has been the long-lasting problem. Last season, the provincial four-day tournament was replaced by a 50-over tournament to prepare players for the Champions Trophy.

The below aspects will play a major role in uplifting the standards of Sri Lanka domestic cricket this season.

All the grounds and clubs have been given world-class rollers and other equipment in order to help prepare quality surfaces. But, the main question would be, will the clubs prepare sporting pitches or opt to base the pitch on the strengths of their bowlers in order to win at all costs?

Last season, 14 out of the top 15 wicket-takers in the Premier League Tournament were spinners. How can Sri Lanka produce good fast bowlers if the club matches are played on rank turners? SLC must be vigilant about the surfaces produced if Sri Lanka has any hope of producing a good all-round team.

Sri Lanka’s domestic matches go unnoticed mostly because it is less-glamourous than many other domestic set-ups around the world, ineffective marketing strategies and maybe for the lack of competitiveness as well, hence there are more ground staff than spectators watching the local matches.

SLC must work with the respective clubs to build large-scale online and offline campaigns and grow fanbases and culture to enable more engagement with the fans. Why do thousands go and watch school’s big matches? Simply because of the loyalty to their schools and the carnival atmosphere. It is a near impossible task to match that but at least a few hundred spectators in attendance would make a world of difference to the local domestic circuit.

In comparison to all Test playing nations, the local cricketers in Sri Lanka must be some of the least paid professionals and thus close to 100 players have once again left for Australia this year in pursuit of more lucrative deals instead of playing the Tier A & B tournaments.

The rich clubs in Colombo has secured plenty of key players by giving separate contracts for the season but what happens to the clubs which do not have the proper financial assistance? SLC must make sure that all the players from the 23 clubs earn enough money to make a living out of cricket.