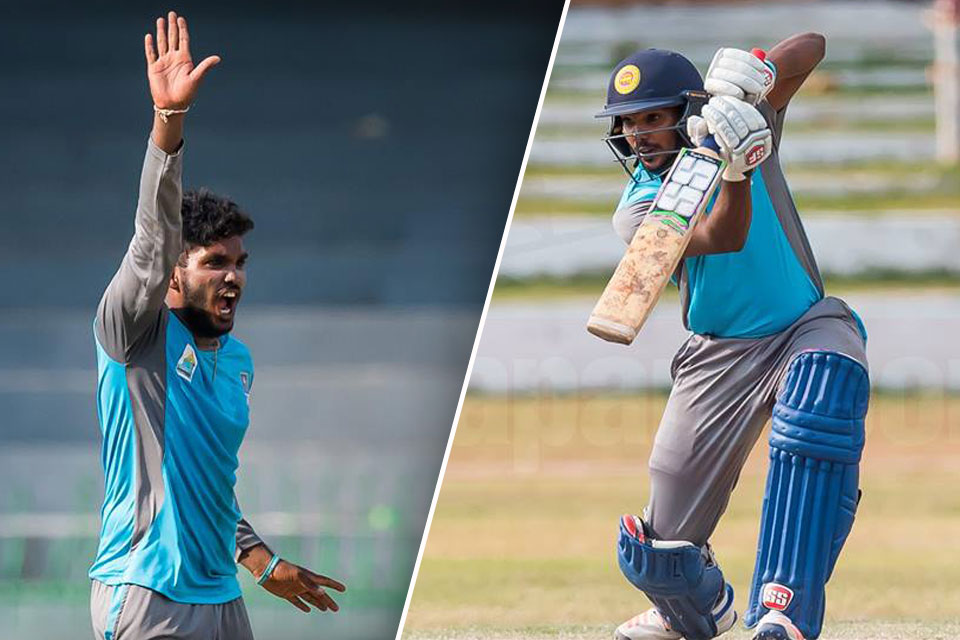 Quality batting all-rounders have been a rare sight in Sri Lankan Cricket in the recent past and it has affected the team balance as we saw during the recently concluded ICC Champions Trophy in the United Kingdom.

At the end of the Zimbabwe series, we are about to discover if Pinnaduwage Wanindu Hasaranga De Silva will be the answer to this question. He has been the latest addition to this new look Sri Lanka squad for the Zimbabwe tour, while also being the only uncapped player in the international arena among squad members. He is set to debut in his own backyard, Galle International Cricket Stadium.

Fielding has been a big talking point from the recently concluded Champions Trophy and Wanindu is known to be an impressive fielder in the domestic circuit which makes him a likely inclusion in the XI.

“He (Wanindu) has been playing well. He’s one of the best fielders in Sri Lanka right now. He’s batting well, he’s in form and has the option of leg-spin bowling so that’s one of the reasons why we have picked him. “ Cricket Manager, Asanka Gurusinha said.

An elegant and aggressive batsman by nature, he can provide the much needed impetus for Sri Lanka’s lower middle order in the latter part of their innings, while he can also be impressive with his right arm leg spinners extracting bounce and turn to go along with a deadly wrong-un.

Hailing from a very popular cricketing area in the down south, Balapitiya, Wanindu was a product of a very successful Richmond College, Galle unit which also had the likes of former Sri Lanka U19 skipper Charith Asalanka and the present skipper Kamindu Mendis. The teenager who will turn 20 next month, made his List A debut on 30th of November 2015 in the AIA Premier Limited Over Tournament representing the Sri Lanka Ports Authority Cricket Club.

A month later he was named in the Sri Lanka U19 squad for the World Cup played in Bangladesh where he got limited opportunity with the bat due to a star studded top order, but he bowled a few impressive spells with the ball to help Sri Lanka reach the semifinals.

He made his first-class debut on the 26th of February 2016 for SLPACC against Bloomfield Cricket and Athletic Club but he blossomed in the domestic circuit after he transferred to the Colombo Cricket Club for the 2016/17 season.

He hit 586 runs at an average just under 40 in the recently concluded Premier season while his most memorable performance with the bat came in the game against Colts where he single handedly carried CCC over the line for a first innings win making an unbeaten 116* batting at Number 9. This innings showed the maturity and character of the man with the bat while he also picked up a match bag of eight wickets against the strong SSC batting line up to end the season on a high.