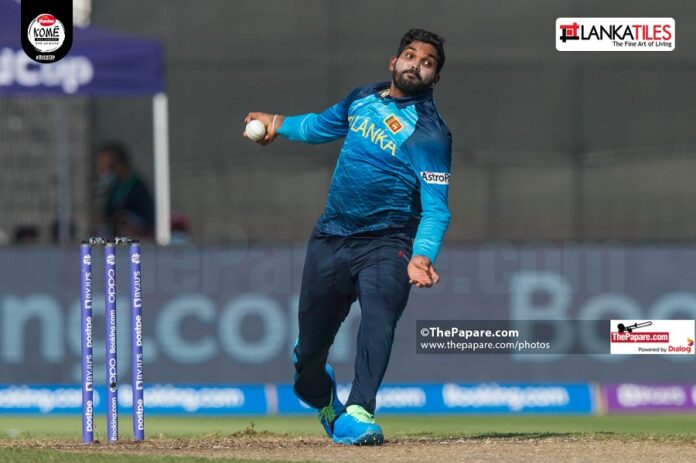 Two brilliant wicketkeeper-batters and two all-rounders constitute our nominees for the 2021 ICC Men’s T20I Player of the Year awards. Here, we take a look at their memorable performances and celebrate their achievements.

The ICC Awards 2021 will recognise the outstanding achievements and feats in cricket over the past year – here’s everything you need to know about it.

The Pakistan wicketkeeper-batter ruled the roost in 2021 when it came to the shortest format of the game. Aggregating a staggering 1326 runs in only 29 matches, Rizwan struck at an average of 73.66 and a strike-rate of 134.89. Apart from his exploits with the bat, he was as solid as ever behind the stumps, playing a key role in Pakistan’s run to the semis during the ICC Men’s T20 World Cup 2021, where he ended up as the third-highest run-scorer.

He also scored the maiden T20I century of his career against South Africa in Lahore early in the year and ended it continuing his form with a brilliant knock of 87 against West Indies in Karachi. With another T20 World Cup coming up next year, Pakistan will hope that Rizwan continues in the same vein.

Though a chase of 152 looked easy on paper, Pakistan had the weight of history against them in the T20 World Cup encounter against India. With the likes of Jasprit Bumrah and Mohammad Shami in opposition attack, the task was made all the more complicated. But as was almost always the case in 2021, Rizwan along with his skipper Babar Azam ensured that a famous victory would be sealed that would be celebrated in the history of Pakistan cricket for years to come.

Rizwan smacked 79* in only 55 deliveries, hitting six fours and three sixes. The ease with which he countered the Indian bowling attack was a thing of sheer beauty. He ensured that there were no hiccups in the run-chase as Pakistan galloped towards the target without losing a single wicket to seal a 10-wicket victory.

It was a breakthrough year for Wanindu Hasaranga, who established himself as one of the best spinners in the shortest format while also being a player who could contribute with the bat. A consistent performer throughout the year, Hasaranga’s star shone the brightest during the T20 World Cup in UAE and Oman.

He ended the tournament as the leading wicket-taker with 16 scalps and also played some handy knocks with the bat, like his 71 against Ireland. He was a constant menace for the opposition as Sri Lanka impressed one and all during the tournament with their young and energetic side.

Still only 24, Hasaranga is expected to become a cornerstone of Sri Lankan cricket, especially in the shortest formats of the game.

In a pressure encounter in Sharjah against South Africa, Hasaranga almost single-handedly helped his side claw back into the contest with his brilliance with the ball. Claiming a memorable hat-trick, he took the big scalps of Aiden Markram (19) and Temba Bavuma (46) before dismissing Dwaine Pretorius to complete his hat-trick.

Hasaranga would end up with figures of 3/20 in his four-over spell, and it was only the power-hitting of David Miller at the death that got the Proteas over the line.

Australia’s success at the T20 World Cup can be traced back to the decision to move Mitchell Marsh up the batting order to No.3, instead of designating him the role of being a finisher lower down. Throughout the calendar year, he was their best batter in the shortest format, improving his game by leaps and bounds, especially against spin and when it came to rotating the strike.

He was the silver lining in Australia’s poor showings in West Indies and Bangladesh batting higher up the order. Heading into the tournament in UAE and Oman, he was in supreme confidence after his good displays and improved fitness. This led to a fruitful tournament as he aggregated 185 runs in 6 matches at an average of 61.66 and a healthy strike-rate of 146.82. He would reserve the best for the last, playing a match-winning knock in the final against New Zealand.

Chasing down a target of 173 and after the early departure of skipper Aaron Finch, the pressure was on Marsh to build a substantial partnership with David Warner. He did exactly that, playing his best knock of the tournament. His unbeaten 77 off 50 deliveries consisted of six fours and four sixes.

Starting off aggressively, he rotated the strike brilliantly in the middle overs as he teed off again towards the end. His knock ensured that Australia chased down the challenging target in only 18.5 overs, and were crowned the winners of the T20 World Cup for the first time. For his performance, he was adjudged the Player of the Match.

The year gone by

Buttler started the year off brilliantly with two blistering knocks against India away from home. He would continue this run in the subsequent series against Sri Lanka and Pakistan, despite not playing all the matches. This boded well for England as their key batter was in sublime touch heading into the T20 World Cup.

He did not disappoint in the tournament, always getting his side off to brilliant starts. His two best knocks came in consecutive matches – first against age-old rivals Australia and then against Sri Lanka who faced his full wrath.

He ended the tournament as England’s leading run-scorer with 269 runs, as their run would be ended by New Zealand in the semi-finals in a nail-biting thriller.

Blasting the first century of the tournament, Buttler was at his belligerent best in the encounter against Sri Lanka in Sharjah. It was ball-striking of the highest order as the wicketkeeper-batter penetrated all areas of the ground.

His unbeaten 101 came in only 67 deliveries and consisted of six fours and six sixes. Buttler’s knock allowed England to post a competitive score of 163/4, which they ended up defending and winning the contest by 26 runs.

The value of his knock was accentuated as it came on a slow and low pitch in Sharjah, which wasn’t conducive to a stroke-maker like Buttler, with the batters finding it generally tough to time the ball.