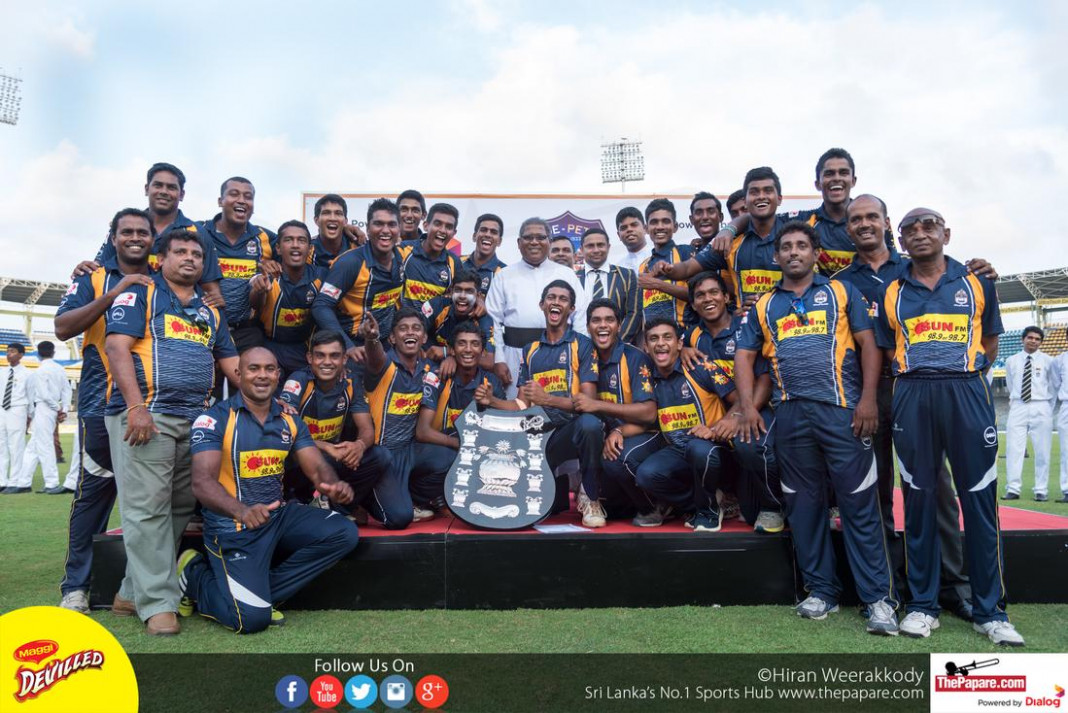 A superb record-breaking unbroken 152-run stand for the 3rd wicket between Hashan Wanasekara and Lakshina Rodridgo completely stunned the Josephians on a batting paradise, St. Peter’s dominating proceedings as they reached the target with more than 10 overs to spare. Wanasekara remained unbeaten on a splendid 118 while Rodrigo made a superb 61 as St. Peter’s College chased down 259 comfortably. Earlier in the game, stand-in Josephian captain Kevin Corteling won the toss and elected to bat first. The opening pair of Revan Kelly and Corteling broke the all-time record for the highest first-wicket stand as they put on a stunning 129 runs for the first wicket before Sadish Pathiranage mankaded Corteling in the 37th over as St. Peter’s crawled back into the game.

Kelly made a brilliant 100-ball 87 before he was trapped right in front of the wicket off Pathiranage. The Josephians lost wickets regularly as they could not capitalize on the excellent start. The boys from Maradana collected 78 runs from the final 10 overs courtesy cameos from Shewon Fonseka, Jehan Daniel and Charuka Raveen.

Chasing a mammoth 259 runs to win, the Peterites got off to a blazing start as Chandula Jayamanne and Inesh Fernando made 20 off the first 2 overs before last year’s captain Jayamanne was caught at gully for 10 off Neran Goonathilake. Fernando and Wanasekara constructed a solid 87-run stand for the 2nd wicket as the Petes accelerated effectively; the Josephian bowling attack lacking much-needed penetration. Off-spinner Nipun Sumanasinghe broke the stand when the steady-looking Fernando was dismissed for 47.

The Josephian bowling was pretty ordinary on the day as the experienced duo of Wanasekara and Rodrigo cruised to victory to help the Peterites retain the Rev.Fr Peter. A Pillai Memorial Shield for another year.

Vice-captain Wanasekara struck 12 boundaries and 4 towering sixes during his match-winning knock while Rodrigo made an almost run-a-ball 61 to shatter any Josephian hopes of victory.