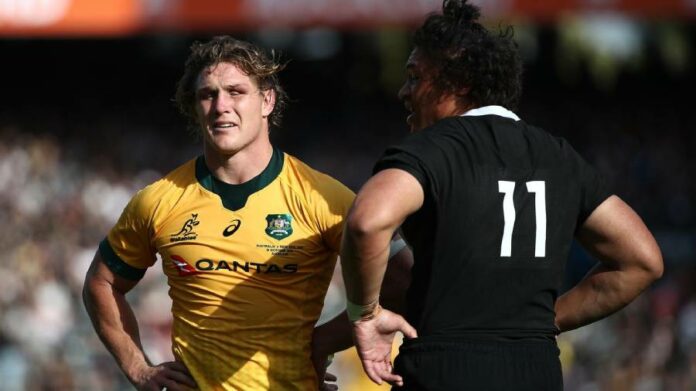 Wallabies coach Dave Rennie has confirmed his side for the opening Test against the All Blacks, recalling Jordan Petaia to the wing.

Petaia missed the France series with a quad injury and slots in for Marika Koroibete, who was not considered due to breaking team protocols.

Get your tickets now for The Rugby Championship now

He forms a new-look wing partnership with Andrew Kellaway, who comes into the side in place of Filipo Daugunu (arm).

Harry Wilson slots into number eight as Isi Naisarani joins Koroibete and Pone Fa’amuasili on the sidelines, joined in the back-row by Rob Valetini and captain Michael Hooper.

Valetini comes in for Lachie Swinton, with Rennie confirming he had failed to recover from an ankle injury.

“As a group we couldn’t be more excited about the challenge of taking on New Zealand at Eden Park, a place they’re expected to win whenever they play there,” Rennie said in a statement.

“We’ve had a strong week on the training field and the team is in good shape heading to Auckland.

“We have a great opportunity to show how tight we are as a group on Saturday night and create our own history in the Wallabies jersey.”

Rennie has also opted to keep the same tight five that defeated France in the final Test, which will see Taniela Tupou once again come off the bench.

Tupou is joined on the bench by Matt Philip and Reds teammate Fraser McReight, who is in line for his first appearance in 2021.

Meanwhile, Nic White has failed in his bid to return from a knee complaint, with Jake Gordon, Matt To’omua and Reece Hodge to cover the remaining backs.

Rennie expects him to be available for selection for the second Test as he continues to mend a MCL injury picked up last month.

WALLABIES SIDE TO FACE ALL BLACKS