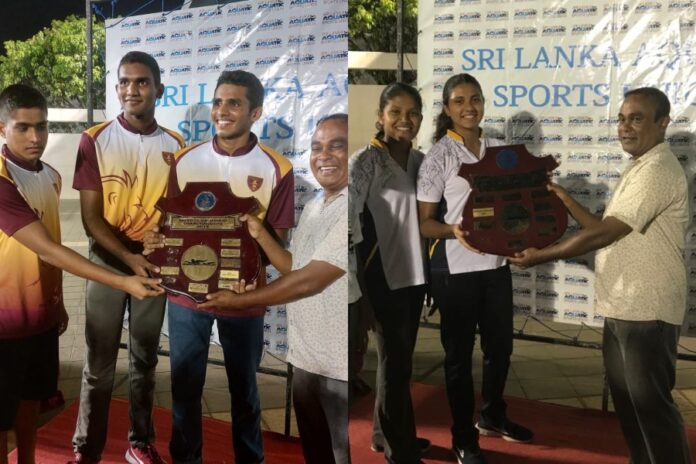 Visakha Vidyalaya, who were crowned champions the last time as well, won the overall Women’s Championship with a total of 118 points, with their team of 37 Swimmers who trained under the guidance of Head Coach Julian Bolling.

Though Visakha was placed 7th overall at the Sri Lanka Schools All Island Age Group Novices Aquatic Championships 2022 held last month, the Visakhians struck back to secure their win this time, being just 1 point ahead of the Bishopians. Bishop’s College finished as the runner-up with a total of 117 points.

Ananda College showed a strong comeback compared to last month’s competition, rising from 13th place to the top and winning the overall Men’s Championships, beating S. Thomas’ College by 73 points. The Ananda Swimming team was able to up their game with a team of 48 Swimmers under the guidance of Head Coach Nishantha Kumarapperuma. S. Thomas’ College, Mount Lavinia finished as the runner-up in the competition.

The next major event in the aquatic calendar for the month of September will be the National Age Group Artistic Swimming Championships 2022 on the 24th and 25th of September, to be held at Sugathadasa Swimming Pool Complex.