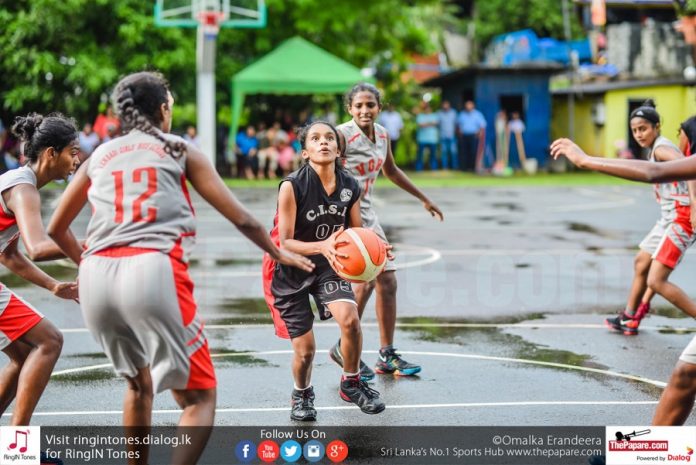 The finals of the Girls’ Under 15 All Island Schools ‘C’ Division Basketball Championship took place at the St. Anthony’s Girls Basketball complex last evening, with 4 teams battling for two trophies.

The game started off with both schools trading off shots at both ends, however Vembadi got the better of the Kandy lasses as they quickly drifted into the lead. St Anthony’s performance was marred by unforced errors such as loose passes and travelling violations and helped the Vembadi Girls take an early lead which eventually led to a 7-point deficit at lemons.

With the second half well underway St Anthony’s were would have done well to change their approach towards the physicality from the Jaffna Girls, however as the game progressed they stuck on to the same gameplay hoping that the opponents would start to falter. As the clock kept ticking, so did the score, increasing Vembadi’s lead gradually overtime. They eventually registered a comfortable win to be crowned champions.

In the consolation final between CIS Kandy and Yashodara Devi Balika Vidyalaya, the game started off as a tight contest as both teams wanted to give their supporters something to cheer about. CIS Kandy emerged victorious with a buzzer winner.