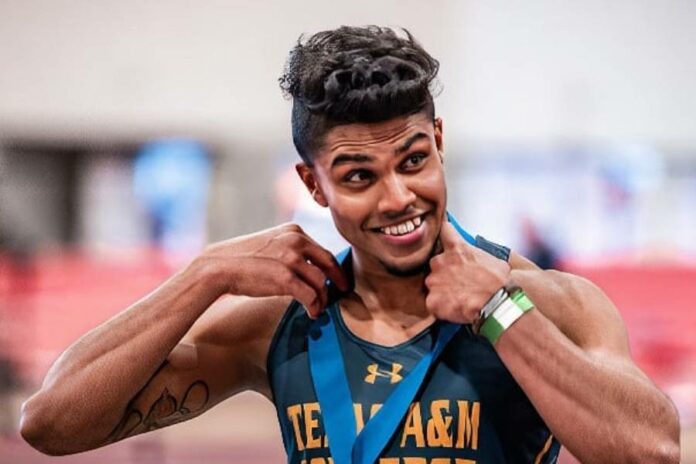 Ushan Thiwanka has done the impossible yet again, as he renewed the Sri Lanka Indoor High Jump record at the Lone Star Conference Track and Field Championship, in the USA, earlier today (26).

Thiwanka has been a frequent competitor at the Lone Star Conference, rocketing to success two years in a row. Last year at the same event, Thiwanka renewed the Indoor National Record with a jump of 2.26m.

This time around, he managed to best his height by a sliver, and renewed the National Record at 2.27m. He seemed to be in stellar form as he jumped a 2.25m in an Indoor event earlier this month, which was also his first meet of 2022.

At this years’ Lone Star Conference, Hamdi Alamin finished behind Ushan Thiwanka with a jump of 2.17m and was never a real threat to the champ. Third place of 2.08m went to Dakari Hill.

In the year 2021, Thiwanka’s performances turned the heads of many, as he was responsible for two National Records (2.25m and 2.26m). 2022 is already proving to be a great year for the Lankan, as his sights are set for the upcoming Asian Games, set to take place in Hangzhou China in the third quarter of the year.

Thiwanka will now focus mainly on qualifying and events that reward higher points such as this one, and will most definitely want his name in the entry lists for both the Asian Games and the Birmingham Commonwealth Games.