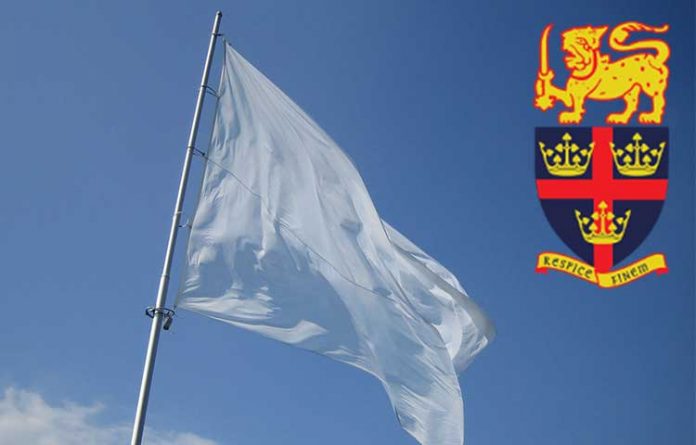 Following the tragic death of the 18-year-old Trinity College student during rugby practice, the Principal Andrew Fowler-watt has released an official statement with regard to the incident.

After I wrote my initial statement letting everyone in the Trinity family know about Bhathiya, I was given a copy of the full factual account of what happened which was prepared, written and signed exclusively by those who were present. I had asked for this to be done only by those who were actually there and said to both boys and staff that they should only sign it if they were happy that it was a true and complete account of what took place. It is important to stress that nobody else was involved at any stage in writing this Report.

In the interests of transparency, I would like to quote (word for word) several passages directly from that Report. However, for reasons of sensitivity, which I know everyone will appreciate, I will not quote any passage relating to the time following Bhathiya’s collapse:

“We started our run in the morning from the College to Pallekelle, this is a season bonding activity which has happened for the past 8 seasons… strengthening team spirit and morale in every season”

“The boys were not carrying any logs, ropes etc. Some…had their personal rucksacks which had their rugby boots in”.

Read about the full incident: Eighteen-year-old schoolboy collapses and dies during rugby practice

“When we reached the Temple of the Tooth, the boys with ACL injuries were carried for about 75 metres Bhathiya was not one of the boys who did the carrying. Bhathiya was among the front-runners with no signs of fatigue, he was not carrying any extra weight”.

“After about 20 minutes, we stopped and had a talk for 5 minutes. After this, we continued at a slow running pace up the hill. Bhathiya was still amongst the front runners, others were struggling but not him”.

“The first sign of fatigue was when he was carried for about 20 metres near Thannekumbura bridge, however he asked to be put down as he said he could run. He did not ask for help again and showed no signs of fatigue, he even won a downhill sprint (50 metres) and was congratulated by the Head Coach. After the sprint, we walked as instructed by the coach.”

Interestingly, one of his former U18 team-mates is quoted as saying that, in his view, Bhathiya “had never been that fast or fit before” and “he was far ahead of this fellow squad member at all times” during that morning.

“We continued jogging for another 15 minutes when we stopped again to get into groups of 5. These groups then held hands and jogged a distance of 40 metres here they would rest again. It was at this point Bhathiya mentioned to the boy he was with that he felt faintish”.

There is then a detailed account of what happened following Bhathiya’s collapse up until he was admitted to Kandy General Hospital. It is not appropriate to quote this as I do not wish to cause distress to anyone, particularly Bhathiya’s family who are already suffering so much. However, from what I read, everything possible was done for Bhathiya by those present from the moment he was taken ill until he arrived at the Hospital. Boys and Staff acted with care and urgency, at all times showing common sense and basic awareness of First Aid.

Understandably distressed, Bhathiya’s father was temporarily taken ill on two occasions over the weekend. He was at the hospital anyway and received immediate medical care. I am pleased to say that, following tests, Mr Ekanayake was discharged yesterday and encouraged to go home. He is now there with his family. Once again, I express my deepest sympathies to them all, and I have assured them of the College’s full support at this saddest of times.

This morning, we had a Special Assembly at Trinity during which I spoke to all the Upper School and Staff about what had happened and where we go from here. Meanwhile, the Middle School Headmaster addressed his Section. I stressed to the Upper School boys that they should support all members of the Trinity community involved in any way; and furthermore, that they should not believe all the gossip flying around. If they want to know what actually happened, they should speak directly with those fellow Trinitians who were actually there. All these boys were also at the assembly themselves. Following the Special Assemblies there was a time of religious meetings, where all the boys were able to grieve and reflect according to their religions.

School today is closing at 12.30; and as a further mark of respect, there will be no Sporting activity (including Rugby) at the College for the time being. When Funeral arrangements for Bhathiya are known, these will be posted.”

The said incident occurred on Saturday (30th) during a 12km run that commenced around 9.00am. The Trinity 1st XV rugby team was on their annual team building run when around 10.30am Bathiya Ekanayake collapsed unconscious near Thennakumbura, on the way to Pallekelle.

The unconscious player was soon rushed for treatment to the General Hospital under intensive treatment but after 12 hours of effort by the doctors and the nursing staff, he pronounced dead on Sunday afternoon. The cause of death is said to be due to a heat stroke.

The deceased, Bathiya Ekanayake was brought to his residence in Bowalawatte last afternoon(3rd) after the postmortem examination. His remains will lie at his residence and the funeral will take place today, 4th October at 4.00 p.m. at the Augustawatta cemetery.

The cause of death is said to be due to a heat stroke.