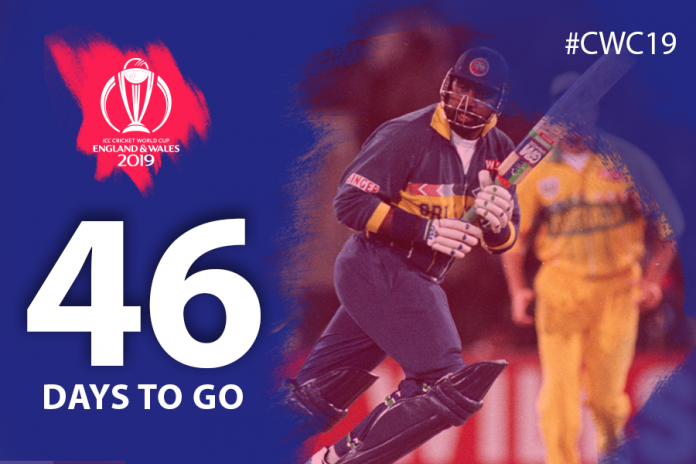 Speaking of Sri Lanka’s World Cup triumph in 1996, the usual suspects get all the accolades. One guy who hardly gets the recognition that he so richly deserves is Asanka Gurusinha.

Neither his numbers nor his contributions get the attention they deserves. All what people remember of Gura is the fight he picked up with Sanath Jayasuriya, trying to grab a stump as a souvenir after the semi-final at Eden Gardens.

But here’s why Gura’s role is important. In 1996, during Sri Lanka’s victorious campaign, he scored over 300 runs in six games at an average of 51 that included three half-centuries at a decent Strike Rate of 75. The numbers tell the story. Only one other Sri Lankan scored more runs than Gura. Aravinda de Silva, who was a in a league of his own and finished that competition with 448 runs with two hundreds and two fifties averaging 89 at a strike rate of 107.

Gura could hit the cricket ball with brutal power. In Sri Lanka’s opening World Cup fixture against Zimbabwe at SSC, he hit six sixes, giving a glimpse of what he could do.

But soon the team management decided that everyone cannot be playing shots. If they were going to be serious during the campaign, someone had to play the anchor role. Gura was entrusted to bat through till the 40th over.

In the next fixture against Kenya at Asgiriya, all the Sri Lankan batsmen were dealing in boundaries. Look at the strike rates! Jayasuriya made 44 at 162. Kalu 33 at 183. Aravinda 145 at 126. Arjuna 75 at 187. Gura, meanwhile, was carrying out what the team had wanted, holding one end up. His 84 came at a strike rate of 81. Fans obviously wanted to see more boundaries and wanted Gura off strike. That day, he actually told the team management off, asking them to let him play his natural game.

However, the management convinced him to look at the larger picture. Saner counsel prevailed as Gura agreed to play the anchor role.

The 65 he made in the final was so crucial. After the openers had been dismissed cheaply, he again played the anchor role. With the required run rate going up, the game was slipping away. Shane Warne had plenty of overs left to put pressure on the Sri Lankans and Gura had to shift gears. He volunteered to take the attack to the Australians.

Gura lofted Warne for a six and then hit a couple of boundaries to take the pressure off.  By the time he was dismissed, Sri Lanka needed less than 100 runs.

Soon after the World Cup triumph, Sri Lanka’s cricketers got richer as the game became professional. Players were paid handsome salaries but Gura wasn’t around to enjoy the luxuries.

His international career ended the same year the country won the World Cup. Two months after reaching the age of 30, Gura retired prematurely after disagreements with the board and the selectors. He opted to settle in Australia and play club cricket in Melbourne.

Having turned down several calls to serve Sri Lanka cricket, in 2017 he agreed to take up the newly created position of Cricket Manager. Eighteen months into the job, he quit the post and took up the position vacated by Simon Wills as the Head of High Performance Center.

The hundred in a losing cause in a World Cup final