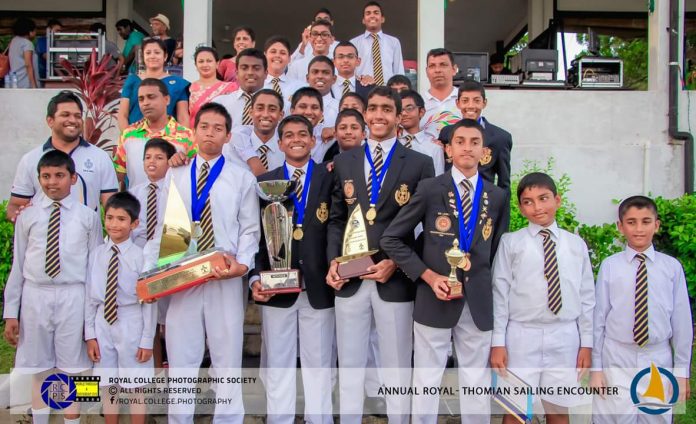 “With but few exceptions, it is always the underdog who wins through sheer willpower” – the success story of the Royal Sailing Team is a long and bitter underdog tale. Yet at the end of it is a sweet example of how Royal spirit and perseverance triumphs against the unlikeliest of odds. 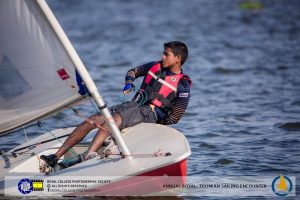 Previously reserved for Sri Lanka’s elite and Navy, it has been 5 years since the sport of Sailing or Yacht racing was introduced to the students of S. Thomas’ College and Royal College. The second Royal – Thomian Sailing Regatta outing contended for the Ranil Dias Memorial Trophy is testament to how rapidly both schools have taken to the young sport. The Royal-Thomian Sailing Regatta held on the 10th & 11th of August at the Ceylon Motor Yacht Club saw the Royal Sailing Team taking home majority of the titles with an event aggregate score of 6 – 4.

The first day saw sailors of the Junior Optimist class and Senior Laser boat class endure 5 short races of upto 40 or 50 minutes. At the end of the series both RC & STC secured 2 points each and each school secured Gold, Silver & Bronze podium finishes. Nisal Walpola defended his title in the laser fleet to take home Gold while Kaif Sally gifted to College a clean Silver victory. Kanila Gunesekara defended Royal honour in the Junior fleet, bagging a hard-fought Bronze finish. 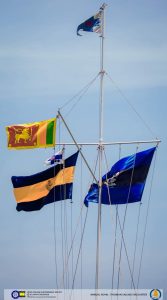 The underdog team took the Royal and S. Thomas’ community by surprise, ending their rival S. Thomas’ 4-year dominance, winning the “Optimist A”, “Laser A” and “Laser Individual” events. The “B“ team events in both classes as well as the “Optimist Individual” race was won by the Sailors in Blue & Black.

The 4 – 4 score prior to the main “Laser A team” event made the 2018 edition of the Regatta all the more memorable. The Royal A team represented by Skipper Binara Batuwanthudawe, Deputy Skipper Nisal Walpola, Kaif Sally & Mayuka Siriwardane was up against the previous year’s winning Laser A team (Kethaka Weerasooriya – STC Skipper, Akhil Ismail, Jordan Bolling & Sarith Perera). With STC winning the first race of the event, the Royalists made a comeback to win the remaining two races and effectively the event. 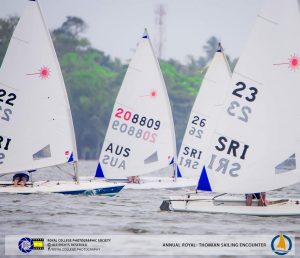 The Royal team was coached by Devin Goonewardane and National Coach Krishen Janaka. The racing was supervised by Asian Games Medalist Lalin Jirasinghe and a selected race committee of National and Navy Sailors.