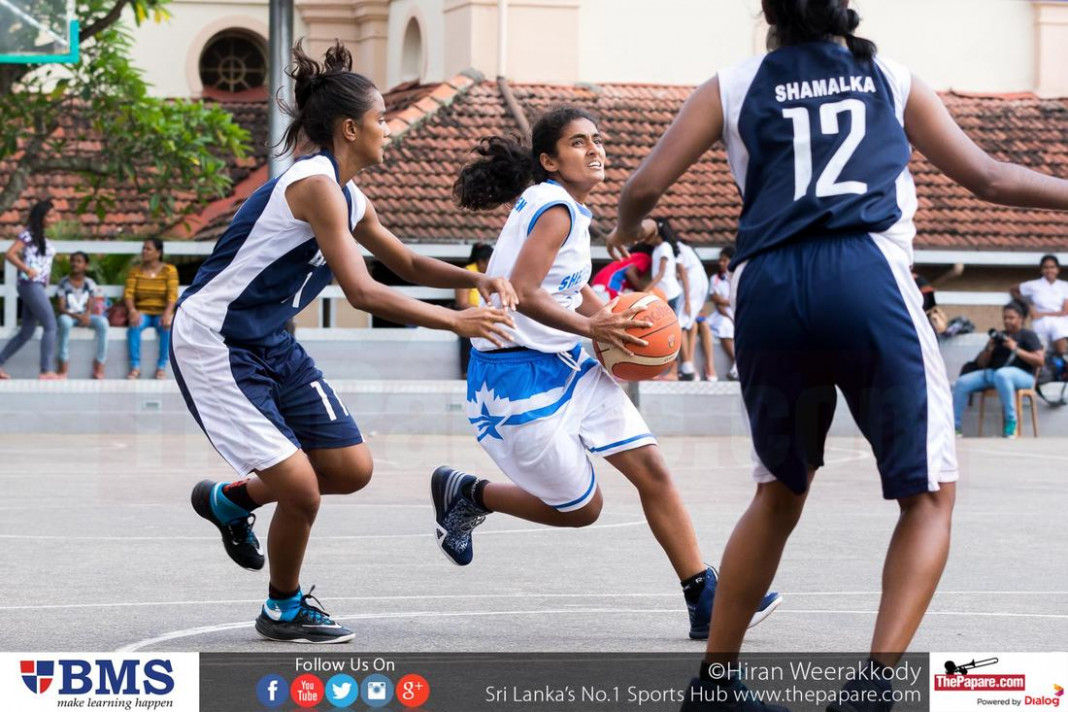 The first quarter started off with the Familians getting the ball from the jump start and scoring the first shot of the game from downtown but this was soon countered by the girls from Good Shepherd scoring 3 shots consecutively and taking the lead. The Familians intercepted the Shepherdian passes on numerous occasions yet they didn’t make good use of these opportunities, failing to score. The Familian offense consisted mainly of just two players adding to reasons for their inability to score.

The second quarter began with the Shepherdians having a great opportunity to score first through a fast break yet they missed, allowing Holy family Convent to score first through a shooting foul. The early part of this quarter saw Holy Family Convent dominating and reducing the deficit but the Shepherdians maintained the lead by passing the ball between all 5 players contrary to the offensive strategy of HFC disrupting their defence and scoring a few shots from downtown.

The third quarter began with HFC being the first to score and reducing the point gap between the teams but their offensive strategy of two players controlling the ball didn’t allow them to take the lead as the key players were heavily guarded and their offense fell apart. Good Shepherd took their chances from around the perimeter of which a few shots eventually connected and allowed them to keep the lead of 5 points.

The fourth and final quarter began with the Shepherdians retaking control of the game scoring first and passing around the perimeter freeing up a player to take an open 3 pointer. The girls from HFC began to feel the fatigue as their responsiveness to collecting the rebounds reduced. It really didn’t seem to be the Familians best day as almost all of their shots simply bounced off the rim during this quarter and they only scored a measly 07 points whereas the Shepherdians sealed their victory with a few well placed passes to the post player allowing them to increase the deficit by 09 points at the end of the final quarter.

The coach of the winning team,Good Shepherd Convent, had this to say speaking to ThePapare: “We lost a group match which added more pressure for us so we changed up our offensive strategies which seemed to have worked out for us as it secured our place in the finals which we are looking forward to.”