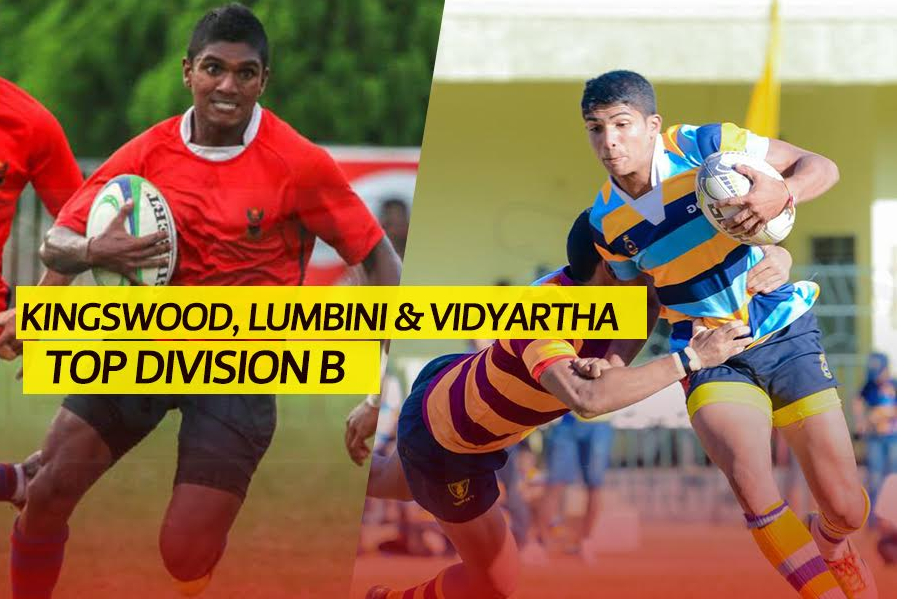 Kingswood College Kandy and Lumbini College Colombo topped their respective groups of the Division B segment of the Schools Rugby League and will gain qualification to the Plate segment.

Kingswood College who got themselves relegated last season from the ‘A’ Division after a below par season has been the top performer in the lower division winning all of their matches comprehensively.

Having played 5 matches, Kingswood has finished with five wins securing a bonus point in every match played and have a net average of 5.5 at the conclusion of the first round. Their points difference shows their dominance in the matches they have played.

Coming in second, Vidyartha College has four wins out of five to get themselves an average of 4.4. Since 2012, the Vidyartha College team has had a good season and have a good chance at getting themselves through to the top division after five years if they prove themselves worthy of the Plate championship

Meanwhile, Lumbini College Colombo has seen an uprising in a while as they take the top position in the Division IB. Playing four games, Lumbini continue to remain unbeaten.

Thurstan College and Piliyandala MMV come in second and third in the group where there are 6 teams playing.

Only three teams to Plate

Due to the addition of D. S. Senanayake College’s inclusion, only one team from the IB segment goes ahead to the Plate title and two teams from the 2B group will progress forward.

Kingswood College Kandy, Vidyartha College Kandy and Lumbini College Colombo will be the three teams that will join the lower tier teams from the top division to battle it out for the Plate title.

There will be eight teams in total for the Plate Championship and a closely contested battle will be expected for the silverware.

St. Anthony’s College, Dharmaraja College and D. S. Senanayake College will be the teams that will be making the Plate from the Division IA segment while Prince of Wales and Science College will account for the other two teams.

The eight teams are expected to play each other and the top four teams in the Plate segment at the end of the matches will gain entry to the ‘A’ Division.