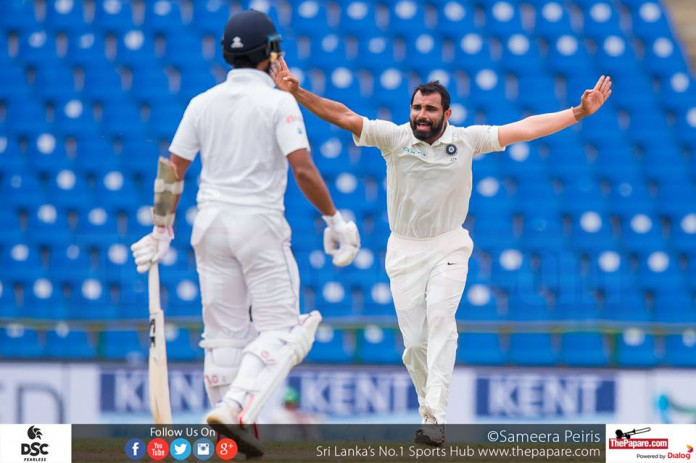 The Board of Control for Cricket in India (BCCI) announced a 16-member squad, on Sunday (September 10), for the the first three ODIs of the upcoming five-match series against Australia, starting September 17 in Chennai. The MSK Prasad-led selection committee brought back frontline pacers Mohammad Shami and Umesh Yadav, while rewarding the bright performances of left-arm spinner Axar Patel and legspinner Yuzvendra Chahal in the recently concluded ODI series in Sri Lanka, by giving them an extended run.

The team management, which has been careful with the workload of injury-prone Shami, had rested the Bengal pacer for the ODI series against Sri Lanka. The speedster bagged ten wickets in the preceding Test series and will now return to play his first ODI since the final game in West Indies where he accounted for four wickets. Umesh, too, like his fellow paceman, was a part of the Tests against Sri Lanka before being rested for the limited-overs leg of the tour.

As expected, Ravichandran Ashwin and Ravindra Jadeja continue to be rested. During this phase though, Ashwin will continue to sharpen his trade in the County circuit with his stint at Worcestershire. India also left out paceman Shardul Thakur after he played a couple of games against Sri Lanka, during which he returned just one wicket. However, he was named in the India A squad for the two-match series against New Zealand A later in the month.

“The team for the three ODIs against Australia has been selected in line with the rotation policy of the Board and accordingly R Ashwin and Ravindra Jadeja have been rested. The team’s performance during the Sri Lanka tour was outstanding and players like Axar Patel and Yuzvendra Chahal, who performed very well are being given an extended run and this will in turn supplement our approach, to build a strong reserve strength, as we prepare for forthcoming tours,” MSK Prasad, the chairman of selection committee said.

Although the selection panel wasn’t expected to make any sweeping changes to the outfit that featured against Sri Lanka, KL Rahul would be under pressure to upscale his performance. Rahul is tipped to take the No. 4 spot in the lineup, however, he scored only 28 runs in the three innings he batted.

The first three ODIs will be played in Chennai, Kolkata and Indore. The teams then travel to Bangalore and Nagpur for the final two games, before they take part in a three-match T20I series.

India A vs New Zealand A, Four-Day Games, Vijaywada

The selection committee also announced the India ‘A’ squad for two four-day games to be played against New Zealand ‘A’, starting September 23. While Karun Nair will lead the side in the games to be played in Vijayawada, Rishabh Pant will don the wicketkeeping gloves.