Home Features U19 Schools’ Cricketer of the Week – Pathum Nissanka 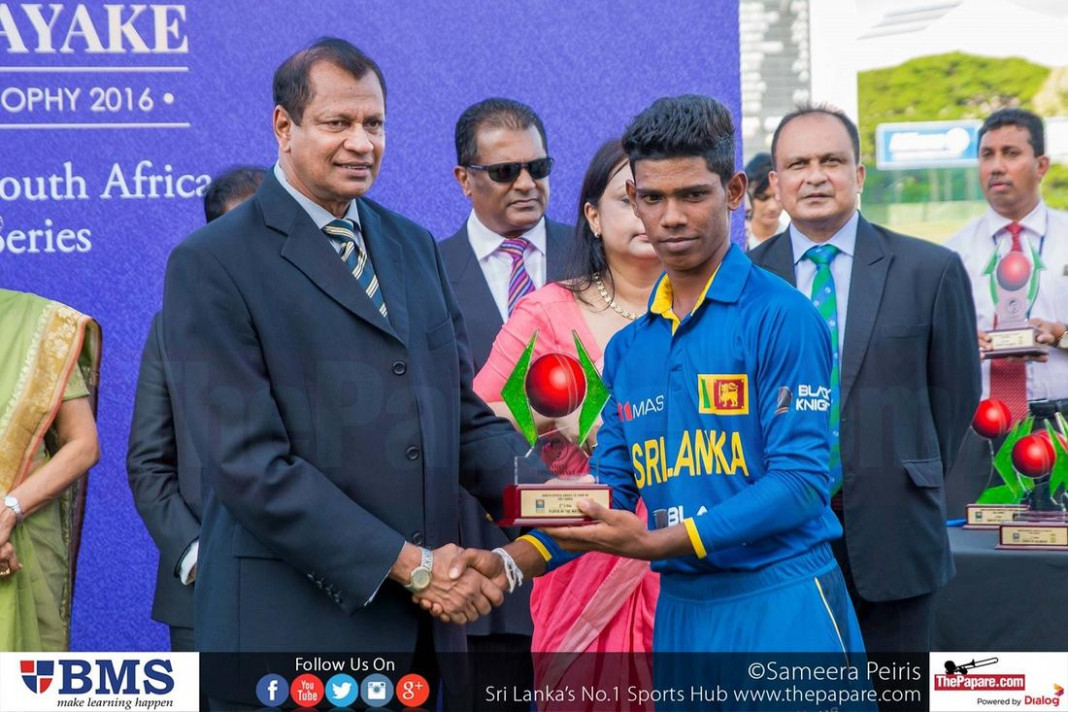 Scoring a double century is not an easy task but the 18-year old Isipathana College and Sri Lanka U19 batsman Pathum Nissanka has made it a habit. He has achieved this milestone three times in his life with the most recent ‘Double Ton’ stroked yesterday. 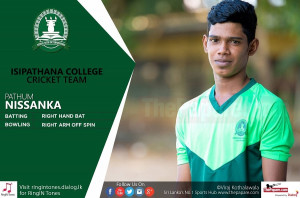 At the heart of Cricket is its talent pool and we at ThePapare.com will look to showcase one from ongoing under 19 division 1 cricket tournament 2016 each week. The player will be picked based on an exceptional match-winning and/or record-breaking performance achieved during the week.

Our first U19 Schools’ Cricketer of the Week will be Pathum Nissanka who stroked a magnificent 205* in 190 balls to guide Isipathana College to an innings and one run win over President’s College, Rajagiriya in their traditional encounter at Colts grounds which concluded on Wednesday.

After being 192 runs overnight, Nissanka was anxious to reach his golden milestone early on second day, “I wanted to score the double ton so badly on the first day it self but it does not matter now. I am so happy that I became the first schoolboy this season to score a double century. “ Pathum shared his views exclusively to ThePapare.com.

Nissanka started playing cricket when he was just five years old under the watchful eyes of his father, Sunil Silva whom he proudly describes as his ‘First Coach’. Pathum commenced his cricket sojourn 2006 as an 8-year old kid in his first alma mater, Kalutara Vidyalaya. 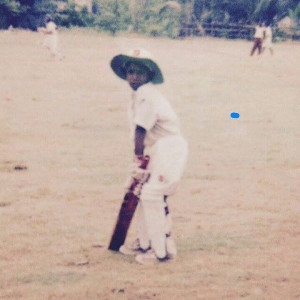 He went onto play five years in the U13 age category and during his last year; he captained his team to the under 13 division 1 final against Richmond College which they eventually lost after putting up a solid fight.

Nissanka was spotted early by the junior selectors when he toured Malaysia with the Sri Lanka U15s twice, 2012 and 2013 under the captaincy of Charith Asalanka and Avishka Fernando respectively.

The diminutive player clobbered his first double century against Meepawala Amarasuriya College when he was just 14 and in the same year he went onto play first XI cricket. Two years later, he hammered his second double ton in a first XI match against Debarawewa MMV.

After playing first XI cricket for three years at Kalutara Vidyalaya, Nissanka moved to Isipathana College for his last two seasons. His maiden season was hampered by a back injury but due to good form in the latter part of the season, he was selected to represent Sri Lanka U19s.

His best knock came in June, 2016 when he smashed 172 against the visiting South Africa U19s in a youth Test match but could not continue to post substantial scores in the Youth ODIs against the junior Proteas’. He was also a part of the historic Sri Lanka U19s squad which toured England recently where they won the youth Test series, 1-0 and youth ODI series 3-0. 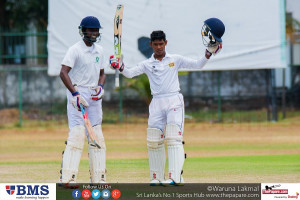 Speaking about his idol, Nissanka mentioned the Indian batting superstar Virat Kohli.  As every young cricketer does, Nissanka dreams of playing for Sri Lanka in the future but has a short term plan of reaching 1000 runs for this 2016/17 season. He previously topped the 1000-run mark during the 2014/15 season for Kalutara Vidyalaya.

With a wide array of shots stashed in his repertoire, Nissanka prefers to stay on his back foot and cut ferociously against the faster bowlers and is not afraid to take the aerial route to the spinners. He expressed how he constantly badgers team mates at practice to keep bowling at him in order to fine-tune his touch. 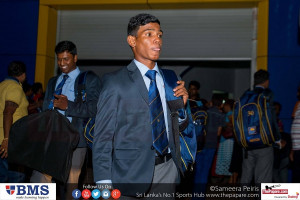 He was also in praise of his family, friends and all well-wishers for their immense support and guidance given throughout his cricketing journey. Mr. Sunil Saluwadana, who was his first coach at Kalutara Vidyalaya has produced many cricketing legends for Sri Lanka in the past such as TM Dilshan and Milinda Siriwardana. Nissanka did not fail to appreciate the work done by him and all the coaches namely Pradeep Nishantha, Jayathu Nilaweera, and Muditha Fernando.

We hope we have glimpsed an emerging star and wish him a glittering career.