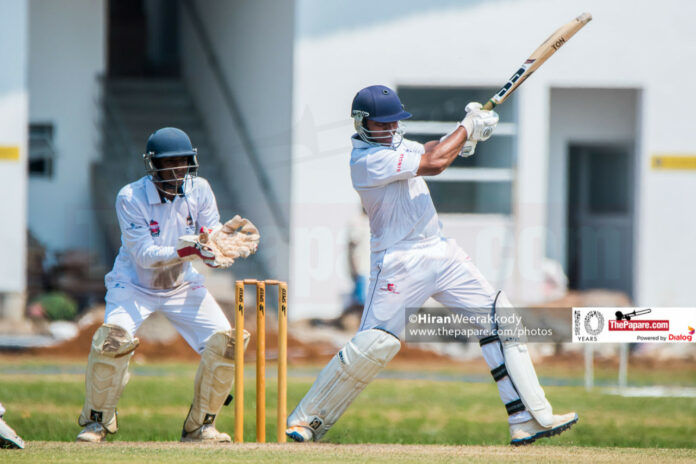 After been put into bat first, the hosts posted 301 runs for 8 wickets before declaring the innings in the 56th over. Mohameed Aaqil top-scored with a knock of 70 runs off 79 balls with 8 fours and 3 sixes.

Tehaan Perera and Pulindu Kiriella starred with the ball for the visitors taking 2 wickets each.