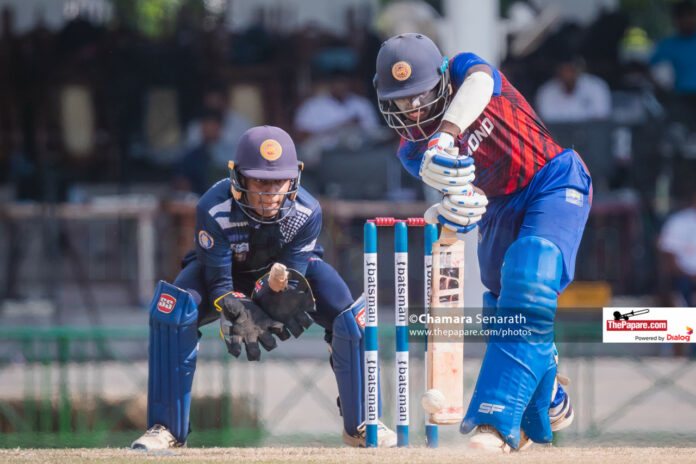 Richmond College, Galle defeated St. Joseph’s College, Colombo in one of the quarter-final of the ongoing U19 Inter-Schools Cricket Tournament 2022/23 on Sunday (20).

The Richmondites won the toss and opted to take first lease of the crease. Everything went according to plan for the Richmondites as they put up a mammoth score of 271 runs.

It was a splendid batting card for the Galle school as 3 batters got fifty plus scores with a couple others crossing the 30-run mark. Skipper, Tharinda Nirmal topped the scorecard for Richmond College scoring 65 runs while their Sri Lanka U19 coloursman, Malsha Tharupathi struck 56 runs. The wicketkeeper batsman, Janeth Kaushal (51) was the other half-centurion.

Muditha Dissanayake and Gagan Chamod picked up 3 wickets each for St. Joseph’s College but it wasn’t enough to stop Richmond College running away with the game right at the end of the first innings.

The Josephian batters succumbed to the pressure of the steep chase as they were bundled out for 186 runs in 40.3 overs by the Richmondite bowlers.

Senior hand, Hiran Jayasundara, put up a valiant fight for the Darley Road boys as he made a painstaking 77 runs. He had valuable assistance from Rishma Amarasinghe who score 54 runs, but the rest of the team fell apart without making any impression.

Tharupathi ran through the Josephian line-up with his stunning leg spinners to finish with a fifer. He gave away just 25 runs in his spell as he ended an exceptional day, taking his team to the semis.

Despite the game being played at their home grounds, the Devananda College boys were shot out for just 134 runs in their first innings as Pesandu Sanjan of St. Thomas’ College, Matara tore them apart with 7 wickets to his name.

The Thomians were at 227 for 8 at stumps as Pesandu kicked in once again to amaze everyone with a superb knock of 80 runs.