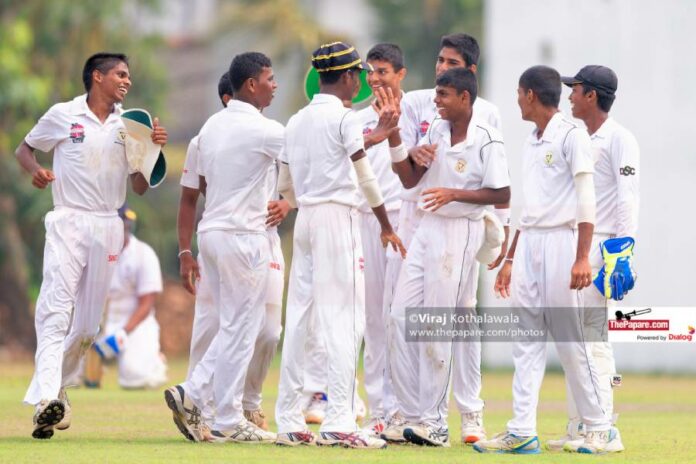 Mahinda College, Galle qualified for the Semi-Finals of the U19 Schools Division 1 Tier B Limited Overs Tournament as they defeated St. Servatius College, Matara in the Quarter Final encounter played today (23rd November).

Having won the toss, St. Servatius College opted to bat first but things didn’t go as planned as they were bundled out for just 100 runs in 37.1 overs. Arosha Udayanga produced a magnificent spell with the ball taking 4 wickets for just 4 runs.

The lads from Galle chased down the target of 101 quite comprehensively in the 20th over with 7 wickets in hand securing their place in the Semi-Finals. Dhanuja Induwara was the star with the bat for Mahinda College as he came up with an eye-catching half-century.

With this result, the Semi-Finalists confirmed from Division 1 Tier B segment as Mahinda College (Galle), St. Peter’s College (Colombo), Thurstan College (Colombo) and St. Joseph Vaz College (Wennappuwa) have secured their places in the Semis.