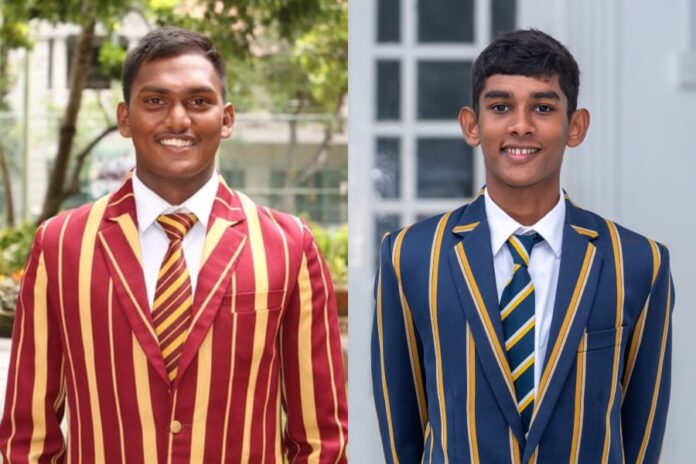 Rusanda Gamage’s mammoth century stole the limelight on day 1 of the traditional encounter between St. Peter’s College and Ananda College, which commenced today at Ananda College Grounds in Colombo.

Having won the toss, Ananda College opted to field first, but the visitors took the maximum use of batting-friendly conditions offered as they posted a massive 350/7 at the close of play on day one.

The Peterite No. 3 batter Gamage was brilliant with the bat as he smashed 170 runs off 184 balls with 21 fours and a six. Isuru Ayesh was the pick of the bowlers for the hosts as he picked up 4 wickets for 64 runs.

The traditional encounter between Lumbini College and Isipathana College also got underway today at BRC Grounds in Colombo.

Lumbini College won the toss and decided to bat first but things didn’t go as planned for them as they were bundled out for just 131 runs. Isipathana College bowled well as a bowling unit as Yeshith Kalupahana (3/16), Kevin Samuel (3/33) and Sithuka Gunawardene (2//19) chipped in with taking wickets.

In reply, Isipathana College also struggled with the bat as they lost 6 wickets for 94 runs at stumps on day one. Dumindu Sewmina starred with the ball taking 3 vital scalps for Lumbini College.