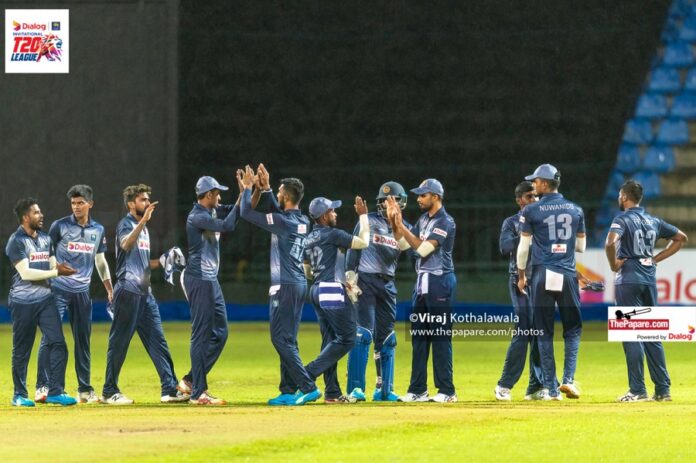 The Dialog-SLC Invitational T20 League match schedule has been revised by Sri Lanka Cricket on 19th (today) as a precautionary measure following the identification of Covid-19 cases in the Team Hotel in Kandy.

More than a dozen Hotel Staff were tested positive, following the PCR Tests done on the entire team bubble on the 17th of August. Therefore, following the games on the 18th of August, Sri Lanka Cricket made arrangements to relocate the four teams into two hotels in Kandy.

SLC will be hoping that all the PCR Tests done today on the players will come negative. They will also conduct PCR Tests on every other day. Having taken all these into consideration, SLC rescheduled the 20th August matches by a day to 21st August.

After 8 matches, SLC Greys are on top of the Points Table with 8 points having won all 4 games. SLC Blues and SLC Reds are both on 4 points each with 2 wins, while SLC Greens are yet to record a victory.