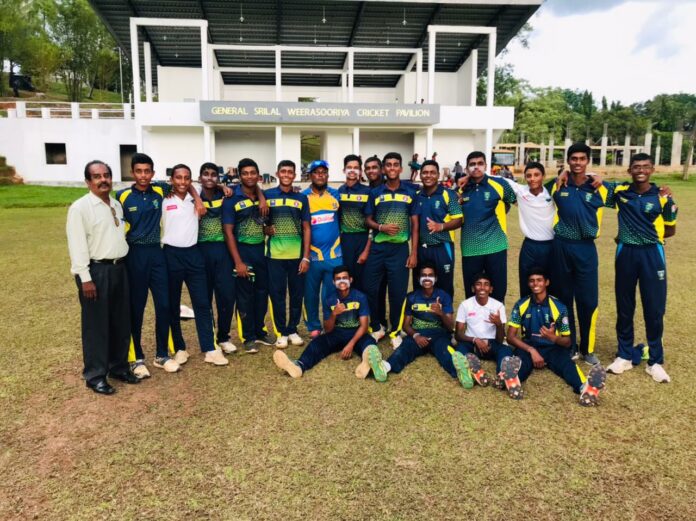 Sri Sumangala College, Panadura were crowned champions of the SLSCA U19 Division 2 – Tier ‘A’ Limited Over Cricket Tournament, as they beat St. Sebastian’s College, Katuneriya by 7 wickets in the final worked off today (09th April) at BRC Grounds, Colombo.

After been put into bat first, St. Sebastian’s College displayed a poor show with the bat as they were bundled out for just 66 runs in 29.3 overs.

It was a walk in the park victory for the boys from Panadura as they crossed the line quite easily with 7 wickets in hand.

The victorious Sri Sumangala College secured their place in the final after beating Tissa Central College, Kalutara by 3 wickets in the Semi-Final.

The runner-up St. Sebastian’s College’s Semi-Final fixture against Sri Devananda College was washed out due to rain. As a result, the average points gained by the two schools in the Group stage were considered to declare a winner, but both schools had taken an equal number of points. Therefore, the organizers decided to take net run-rate into consideration, which is how St. Sebastian’s College found themselves in the final due to a better net run-rate.