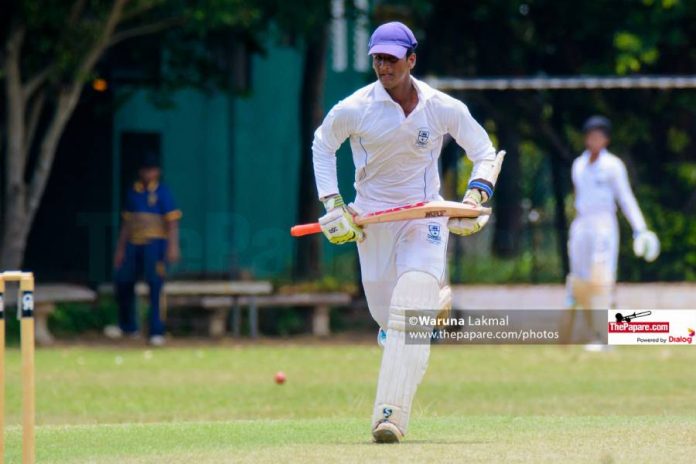 St. Anthony’s College recorded a first-innings win against Maliyadeva College to lift themselves from the relegation threat. Four other games of Singer U19 Division 1 Cricket Tournament got underway today, 5th February 2020.

The Antonians won the toss and decided to put the oppositions into bat first at their backyard in Wattala. The Kurunegala school struggled in the first-innings as the man in form Muditha Premadasa faced a rare failure. Boys from the ‘city of rock’ posted 146 runs for the first innings where Gayan Karunanayake top-scored with 37 runs. The Sri Lanka youth discard Avishika Tharindu, picked up 3 wickets with his skillful right-arm seam.

Even though the St. Anthony’s College ground is well known for its lightning-quick outfields, surprisingly, both these teams made the game a low-scorer. The hosts were undone for 155 runs even though they were lucky enough to secure extra points for the first-innings surplus. They are in desperate need of points to avoid relegations as they are among the teams who are at the bottom of the table.

Among the 155 runs were the classy 80 runs made by the most celebrated campaigner of the team, Avishka Tharindu. His knocks meant redemption for the team.  Matheesha Weerasinghe was the star with the ball as he bagged a fifer with a lot of grit in his bowling.

You can’t keep a man who is in red-hot form as Muditha Premadasa silent for long. He made that point valid with a strokeful 80 in the second innings to show his class. Muditha is the only batsman who has gone past 1000 runs this season so far.

Maliyadeva College scored 182 runs for the loss of 7 wickets when the umpires took the bails off.