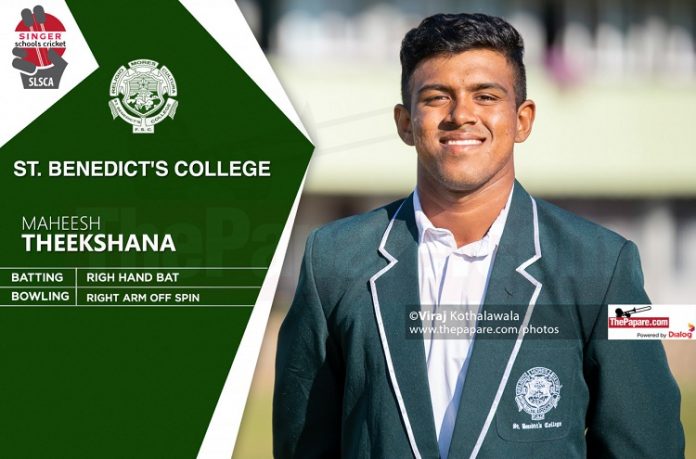 Here’s a round up of the quarter finals which took place in the U19 Division I limted overs tournament today.

Maheesh Theekshana’s 5 for helped St Benedict’s College beat Moratu Maha Vidyalaya by 78 runs at Kotahena. The visitors won the toss and elected to field first. They put together a disciplined bowling performance as they managed to restrict the hosts for just 159 runs. Only two batsmen contributed for Bens with half centuries. Ashen De Soyza top scored with 70 while Brian Johnpille scored 55.

In response, the visitors needed to string together a few partnerships but they were taken by storm. Theekshana’s magic was too much for the boys from Moratuwa as they succumbed to a solitary 81 inside 26 overs.

Combined bowling effort from St Sebastian’s College got them over the line by 7 wickets against Gurukula at Moratuwa. After electing to bat first, Gurukula was crumbling against a quality bowling attack of Sebs. They were cleaned up for just 77 runs with Praveen Cooray taking 3 scalps.

In reply, the hosts got into a shell early on but an unbeaten partnership between Dunith Jayathunga and Eranga Mendis got them over the line with 7 wickets in hand.