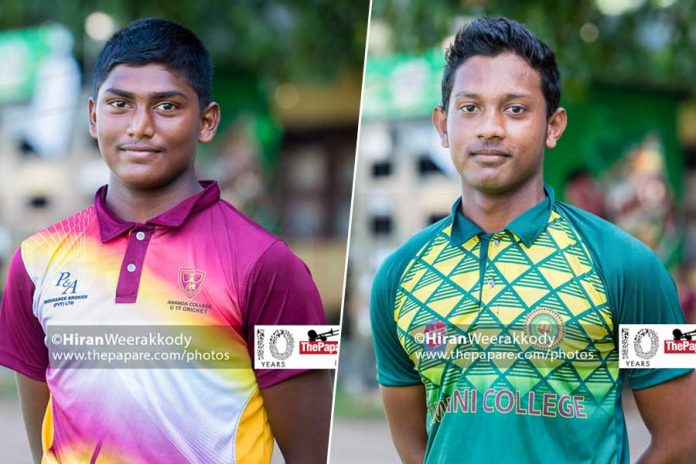 On a rain-shortened day-one, Ananda College won the toss and elected to bat first. Hosts Lumbini College did a tremendous job with ball as their front line off-spinner, Thashika Nirmal topped the bowling charts with 4 wickets for 31 runs. Deneth Nissanka remained unbeaten at the crease for Ananda College with 38 runs to his name as Ananda College succumbed to a disappoinying122 runs in their first-innings.

Slaza’s six wickets in vain as Zahira batsmen flop
Thashika Nirmal came in handy once again as the all-rounder scored 64 runs to take Lumbini over the first-innings score of their opponents, earning them major honours in the game. Shashika Umayanga and Isuru Ayesh bowled brilliantly in tandem as they shared 9 wickets between them for the Anandians. Umayanga brought up his first fifer of the season.
It was yet another disastrous outing for Ananda College in their 2nd essay with the bat as the boys from Maradana managed only 119 runs in their second lease. Once again the partners in crime from Lumbini College staged their usual work of art as left-arm spinner Yasiru Yugath and Thashika Nirmal did major damage to the visitors. Yasiru bagged 4 scalps while Nirmal added 3 more wickets to his tally.

An inviting target of 82 runs was set for the host team with 22 overs to go in the day. They were comfortable in the chase until the light decided to play spoil-sport. The Lumbini batsmen tried to accelerate and Isuru Ayesh used that tendency in his favour to record the fifer he missed out in the first-innings.
The game was  brought to a close with Lumbini College at 68 for the loss of 7 wickets.