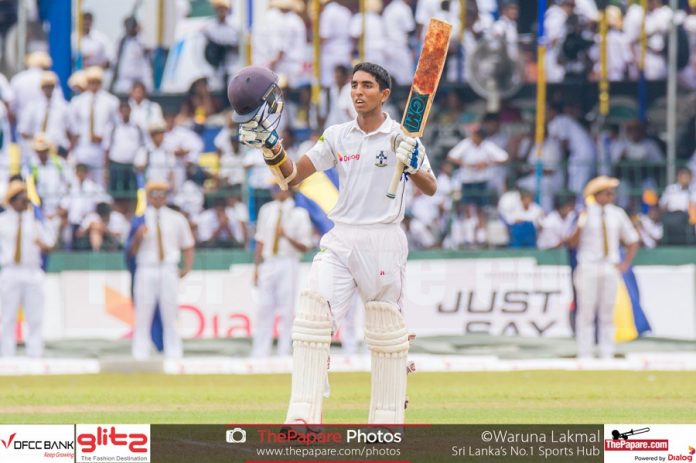 The game is played at the S. Thomas’ grounds and the host won the toss and elected to bat first. It was a bowler-roasting day of cricket as the Thomians scored 328 runs for the loss of 7 wickets after batting the whole day.

Shalin de Mel constructed a splendid 136 runs in 237 deliveries with 11 fours and 2 sixes. Ravindu de Silva supported with 67 runs to his name while Praveen Cooray was the pick of the bowlers with 4 scalps for 71 runs. Vinuja Ranasinghe also picked up 3 wickets for 94 runs.

De Mazenod College won the toss and elected to field first. The game is played at the Galle International Stadium and Dharmasoka College scored 213 runs for their first innings. Sasindu Malshan (58) and Sanula Gunarathne (50) hit fifties for Dharmasoka while Mark Mathiasz was outstanding with the ball as he picked up 6 wickets for 48 runs.