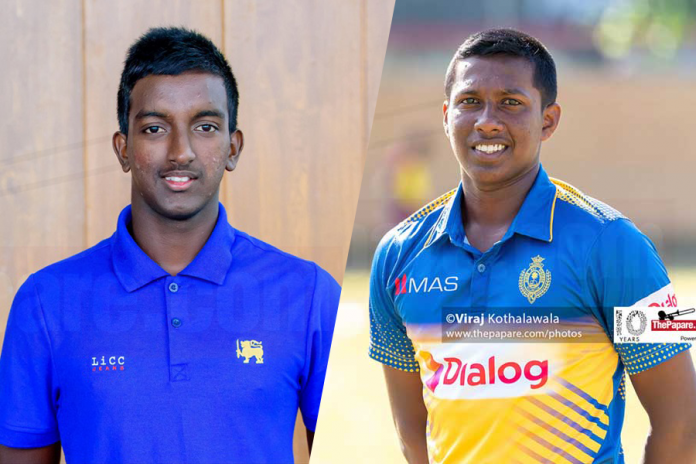 The group ‘A’ fixture was worked out at Army grounds in Panagoda. D.S. Senanayake College won the toss and decided to put runs on board first. The senior-most campaigner of the team Tiron Baskaran played a stellar knock worth 97 runs to put D.S ahead in the contest. Left-arm spinner Gishan Balasooriya was the pick of the bowling for Royal College as he ended the innings with figures of 5 for 43. D.S. Senanayake College was in a comfortable position scoring 213 runs in 53.5 overs.

Royal College were in a spot of difficulty at the close of play on day-one with 130 runs on board for the loss of 5 wickets. But, Prashan Kalhara came to the rescue with the bat. The lower-order batsman who is a frontline off-spinner, scored a fighting 88 runs to give Royal the big target they needed on board. Harindu Palihawadana partnered up with Kalhara in the cause, scoring a vital 77 runs. Saniru Dissanayake was the star for D.S as he picked up 6 for 49.

Skipper, Muditha Lakshan led the fightback for D.S and scored a brilliant hundred for no avail. Muditha made 124 runs while Teron missed out on a hundred yet again scoring 73 runs. D.S. Senanayake College were at 270 for 7 by close of play.

Maris Stella College hosted De Mazenod College in a tournament fixture at Kadirana grounds in Negombo. They won the toss and opted to bat first. The stay at the crease was very brief for Maris Stella as they were bowled out for 112 runs in 26 overs. Pramod Rajamunindra was the man responsible for the chaos in Maris Stella line up as he picked up 5 wickets for 27 runs.

Mazenod skipper, Nimna Fernando topped the batting card for De Mazenod as he scored a well-made half-century. Thilina Perera led the bowling for Maris Stella with a fifer to his name as De Mazenod ended their innings with 174 runs on the board.

14 overs were played in the Maris Stella second-innings on day-one in which the boys from Negombo scored 49 runs for the loss of wickets.

Coming out on day-two the Negombo school went on to make 211 runs for the loss of 8 wickets and declared their innings. Pasindu Perera top-scored with a late bloomed 60 while skipper Naveen Fernando made a valiant 47.

Right-arm offie, Pramod Rajamunindra wrapped a match-bag of 10 wickets with a wrecking fifer in the second innings.

The Mazenodians scored 84 runs for the loss of 4 wickets in the rest of the formalities in which Nimna Fernando remained unbeaten with 60 runs to his name.

Few other games got underway around the isle today.