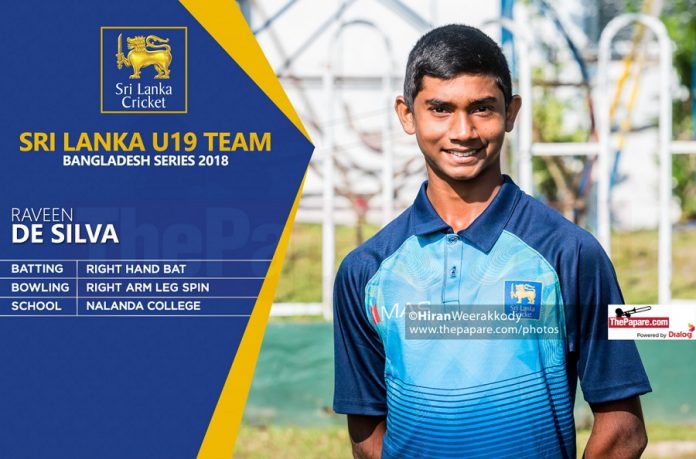 Dharmapala College travelled up the hills to play Dharmaraja College at the Lake View grounds in Kandy. The visitors won the toss and decided to insert Dharmaraja College to bat first. The host compiled a decent total of 227 runs for the loss of 9 wickets before declaring their innings. Yasitha Samararatne remained unbeaten at the crease with 42 runs to his name. Dinith Nelumdeniya picked up 3 wickets for 64 runs to top the bowling chart.

In reply, Dharmapala managed only 192 runs where Nadeesh Bandara top-scored with 47 runs. Upendra Warnakulasooriya was outstanding with the ball as the left-arm spinner picked up 7 wickets for 42 runs.

The Kandy school batted out the rest of the game. Isuru Dayananda stroked a half-century for no avail.

The Moratuwa school hosted Maris Stella College in this traditional encounter. Winning the toss and batting first they scored 185 runs for the first-innings. The most a Moratuwa boys could make was the 47 runs by Nirak Kavishka, while Chanuka Perera and Tharindu Maduwantha bagged 3 wickets each for the Negombo school.

Maristonians played a modest inning of 226 runs. Again, none of the batsmen really shone in the game as the best was Amantha Perera’s 45 runs. Rashan Kavishka picked 4 wickets for his merits with the ball.

The Moratuwa skipper stepped up and wrote a pride-saving 90 runs to his name as the hosts posted 253 runs on board at the close of play.

Among the games that began today, Raveen de Silva was the definite headliner. The Nalandian all-rounder brought up his first ton of the season towards the latter end, finding the kind of form that is needed to take Nalanda College to a 300-plus total against Maliyadeva College in the group ‘C’ encounter.

Irushika Thimira was another hit of the day as the young left-arm spinner recorded a 7-wicket haul today against St. Sylvester’s College today.