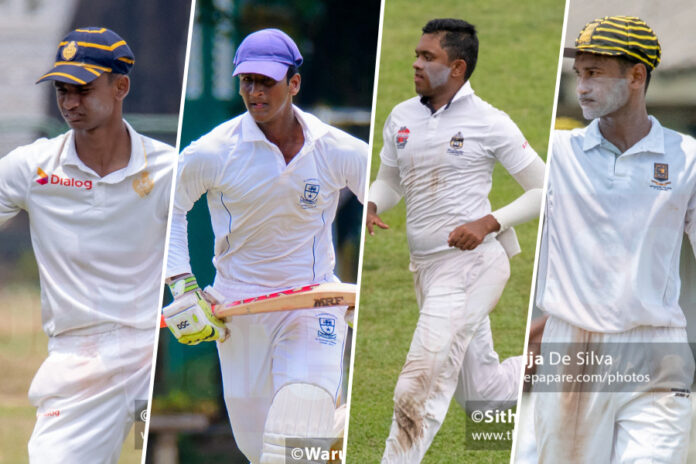 The Sri Lanka Schools Under 19 Division 1 Cricket Tournament 2020/2021 which commenced on the 16th of March has reached its pinnacle – the knockouts, with the group stage coming to an end on the 12th of April.

The 50-over tournament saw the participation of 36 schools competing in two tiers with each team playing five group games.

Due to the current Pandemic situation, the Sri Lanka Schools Cricket Association (SLSCA) scrapped the two-day format for this season and also due to the time constraints, divided the 36 Division 1 schools into two tiers, as per their seeding from the 2019/2020 season. Thus, the top 18 schools competed in Tier A, while the bottom 18 schools were drawn into playing in Tier B.

In the Tier A competition, Royal College, Mahanama College and Richmond College remained unbeaten and managed to top their respective groups (X,Y,Z) by winning five matches apiece. Trinity College, St. Sebastian’s College and St. Anthony’s College, Kandy qualified for the final eight stage by ending as the second-placed teams in their groups as per the points. St. Joseph’s College and Nalanda College found themselves playing in the knockouts by becoming the two best third-placed teams with more points than the other third-placed team, Gurukula College.

St. Peter’s College, Isipathana College and St. Anthony’s College, Wattala dominated proceedings in the Tier B competition by winning their respective groups (X,Y,Z) by defeating all their five opponents in the group stage. Mahinda College, St. Joseph Vaz College and Devapathiraja College ended up as the runners-up in their groups and booked their places in the top eight, while Ananda College and Dharmasoka College qualified through the ‘Best Third’ allocation.

ThePapare.com – Sri Lanka’s No. 1 Sports Hub will be providing LIVE Scores, Photos, Videos, Match Reports and Updates from the Under 19 Division 1 Tournament 2020/2021 knockout stage while analyzing all the games thoroughly on the weekly Cricket Wataravuma segement.