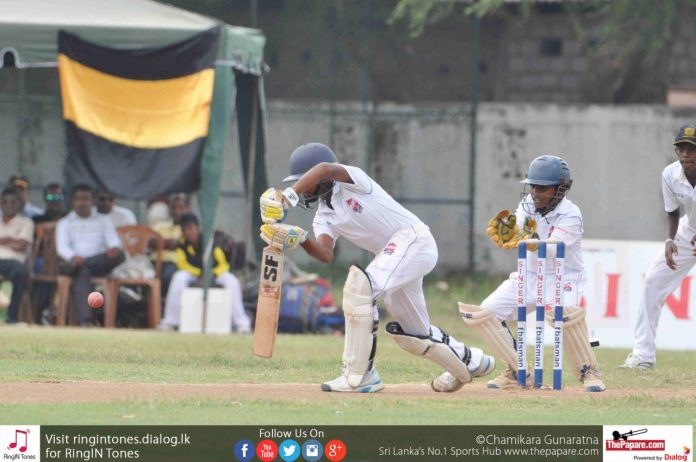 Maliyadeva College managed to top St Sebastian’s College in the semifinal while Trinity College beat Prince of Wales’ College on their way to the final.

The Trinitians won the toss and elected to field first with the hopes of bundling out the boys from Kurunagala for a manageable target but the Devans launched a block-o-thon, holding the fort for 74 overs, producing only 127 runs in the process.

For Trinity, Malith Rathnayaka starred with the ball with a 4-wicket haul while Sandeepa Chamod top scored for Maliyadeva College with 23 runs.

For a first innings win, Trinity College had to chase 128 runs in 23 overs, but they only managed to cut down 89 runs off the target, thanks to a rapid knock from Mohomad Adham who was unbeaten at the end on 35.

The final was concluded as a draw and the teams were declared joint champions.