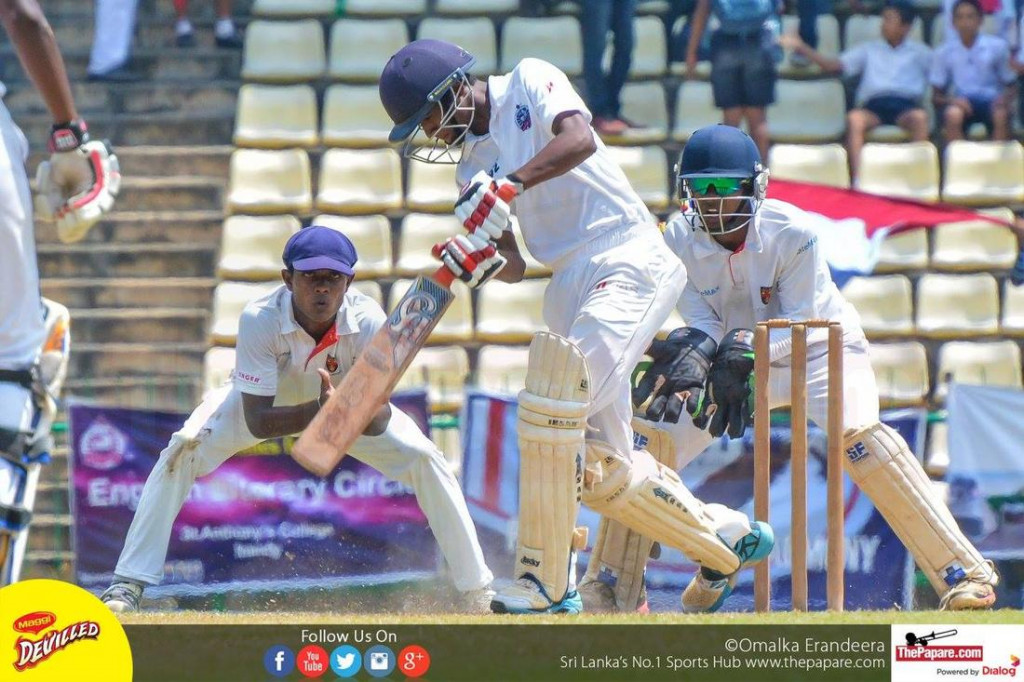 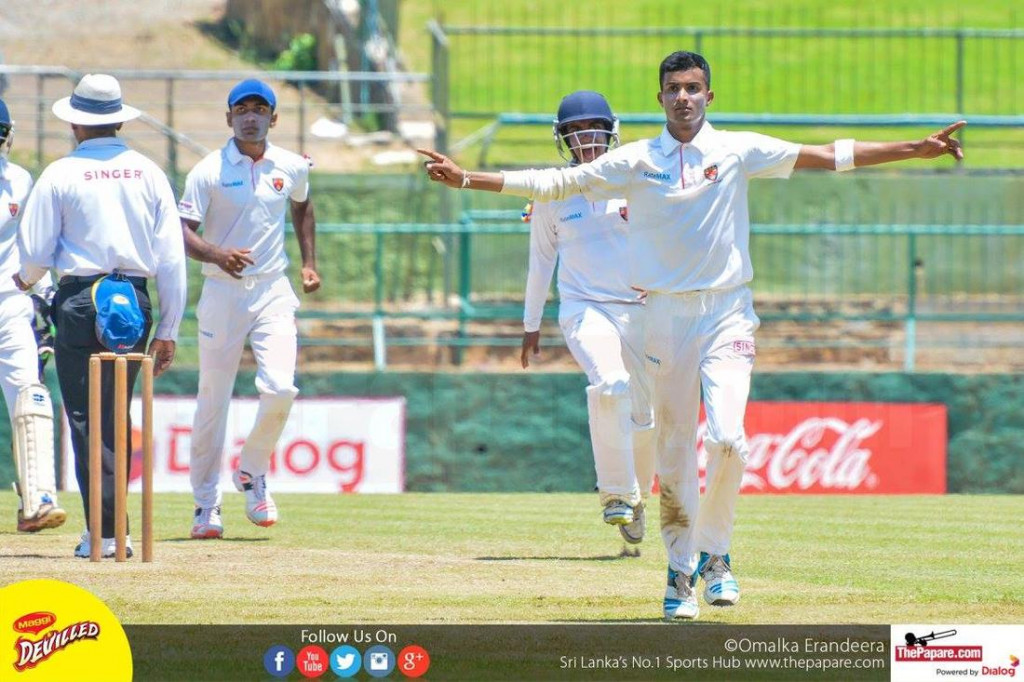 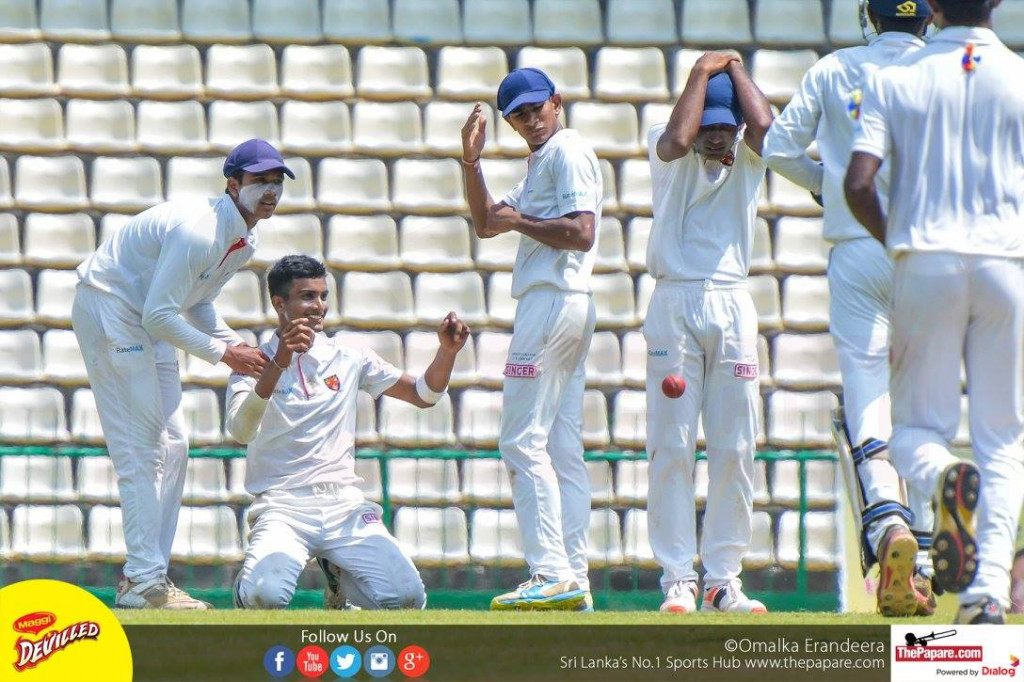 After bowling out the Antonians for a total of 121 runs, a quick fire innings by Trinity College saw them racing to 146/4 before play was called off due to bad light with more than 10 overs left for the day at Pallekelle in the 99th Hill Country Battle on Tuesday.

Played at the Pallekelle International Cricket Stadium, both teams needed time to get in touch with the playing conditions. Raveen Sayer who won the toss invited the Antonians to take the first lease of the wicket. Coming out to bat, St. Anthony’s skipper Kanishka Ukgalpaya looked to take his team through to lunch with a three figure score.

Skipper Ukgalpaya played a long innings for his team despite his opening partner getting out early but with 46 runs for the loss of a single wicket after 15 overs, St. Anthony’s had a start that they never expected.

Their luck soon faded away with the Sayer-Tillakarathne combination that came into action soon after the first ten overs as the duo surpassed their individual 100 wicket mark as the Antonian batsmen struggled under pressure. Unable to hold on, St. Anthony’s were bundled out for 121 runs soon after lunch.

Skipper Ukgalpaya’s 35 runs was the only admirable inning that is worth mentioning as Trinity dominated the rest of the session. Raveen Sayer picked up another five wicket haul ending with figures of 5/40 while Duvindu Tillakarathne picked up four wickets.

Coming out to bat, Trinity didn’t have the magnificent start they expected but after losing their openers, Shanogeeth Shanmuganathan along with Shavindu Amerasinghe took the team beyond the three-figure point.  Shanogeeth scored 38 while Shavindu had himself a half century but was dismissed at 41. The Trinity batsmen hit the gas pedal in the final session of play where they scored almost 90 runs at for the loss of of two important wickets.

The umpires called off play with the required amount of overs not completed with Trinity well in front at 146/4 having already surpassed the 1st innings total. Dilan Jayalath was unbeaten on 49. Trinity has three more sessions to turn things around for a win.

It will be tough for the Trinitians to seek an outright but their success will depend entirely on their performance in the first session of play in the second day. If they surpass a considerable total in the morning session, the Antonians will be put in hot water.

However due credit goes to the Antonians for their aggression when Trinity came out to bat to lower their run scoring rate and they would need to work on a similar strategy in the first session of play on the second day as well.

Play will start at 9.10 to cover up for the lost overs.