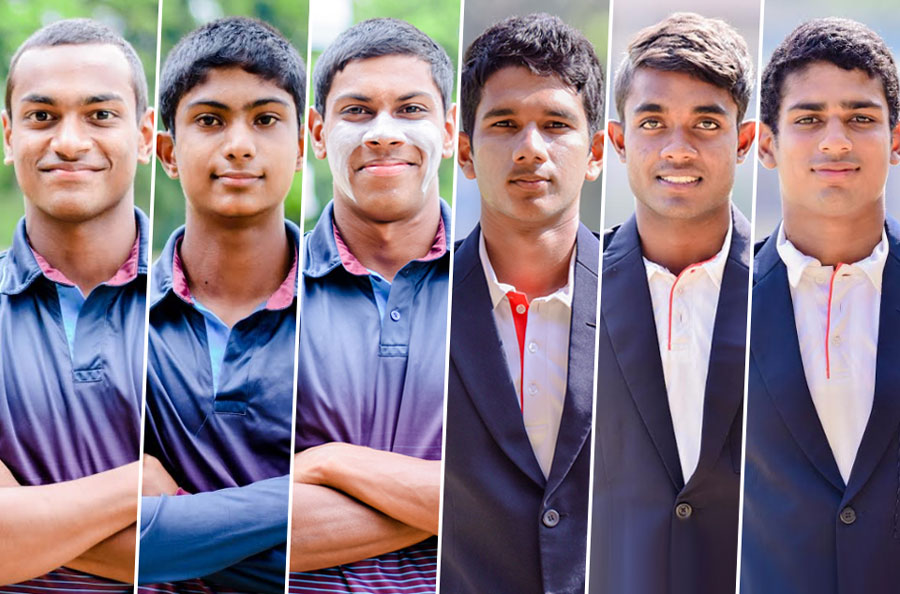 The 101st Hill-Country Battle of the Blues, the cricket encounter between Trinity College Kandy and St. Anthony’s College Katugasthota will be worked off at Asgiriya Stadium on 16th and 17th of March, commencing from 9.30am.

A blast from the past

1914 marks the year that the two schools first met at the Bogambara grounds for the very first game, which was later switched to Asgiriya.  Since then the tradition has continued over generations and will be played for the 101st year this time around.

Going back in history, the encounter saw the introduction of a trophy in the year 2005 in memory of former Trinity College cricketer and coach John Halangoda. The anecdotes read that Halangoda later became the coach of St. Anthony’s and mustered the first outright win for the Antonians in 1948.

The Lions lead the overall tally with 23 wins in total while the Antonians have with themselves 11. The last win came under the captaincy of Niroshan Dickwella for Trinity College in 2012, where the Trinitians broke the 25-year hoodoo to win by an innings and one run. The Antonians are still to win an encounter in this century with their last coming in 1991.

The man who has taken over the captaincy reigns for Trinity this season is their star and top order batsman Hasitha Boyagoda, who was also the opener of the Sri Lanka U19 team, during their World Cup campaign in New Zealand. Boyagoda put up a world record performance scoring 192 runs against Kenya.

The Trinity batting this season has revolved around stylish right-handed batsman Hasintha Jayasooiya who has amassed over 780 runs. The trump card in the bowling department is the U-19 national cap Thisaru Dilshan, although he has missed most of the season due to national duty. Vice-captain of the side Trevon Weerasooriya has also been in fine touch with over 650 runs, but has missed quite a few games due to injury.

Trinity College Kandy have been a dominant force in Sri Lankan..

Pubudu Bandara has shown up when Trinity needed him the most in the top order as the Trinitians look more than a formidable unit, along with a few other useful batsmen. The bowling is being anchored by their spin twins Kavishka Senadeera and Vimukthi Nethumal, with both of them picking up over 60 wickets apiece. They have also been ably supported by the three right arm quicks who also have over 20 wickets each, and have often got the early traction to set up things for the spinners.

A premier cricket-playing school in the Hill Capital, St. Anthony’s College Kandy, has been a dominant team in division 2 of this season’s schools cricket tournament. In the 2017/18 season, under all-rounder Janidu Himsara’s leaderships, the Antonians have notched up nine outright wins and six first-innings wins with three games ending without a result.

The anchor in the St. Anthony’s batting lineup is hard-hitting middle-order batsman Satheesh Wickramarachchi who has struck over 600 runs this season, with a couple of centuries under his belt.

Despite enjoying outstanding success in the 2017/18 season..

Both teams have equally talented outfits as both have had excellent seasons so far in their respective divisions. Antonians bragging 9 outright wins and has had the best of the seasons they’ve had in so many years and Trinity has done extremely well notching up victory after victory and it’s expected to be an intriguing affair this weekend.

All the action from the 101st Hill Country Battle of the Blues will be brought to you live by ThePapare.com courtesy the Trinity Media Unit on 16th and 17th from Asgiriya Stadium. Live score updates, match reports and photos will be available on each day of play on ThePapare.com.