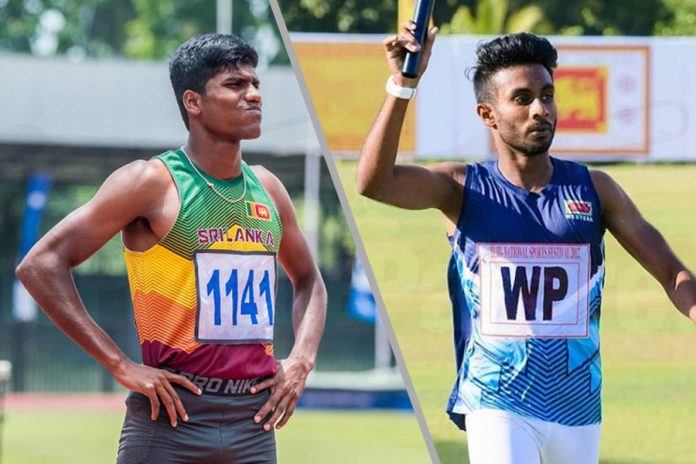 The National Athletic Championship marking its 96th edition, will be worked out from the 3rd to 5th of August at the Sugathadasa stadium.

The National athletic championship returns to the Sugathadasa stadium after a lapse of 4 years having featured at the venue in 2014 where the 92nd edition was hosted at the venue. Competing in the newly relayed synthetic track which was opened in May this year at the stadium, athletes will be determined to notch up their performances which may result in a number of new records to be established at the event with over 600 male and 200 female athletes set to take part in the competition with over 100 officials on duty at the 03 day competition. Sri Lanka Telekom has stepped in as the main sponsor of this year’s edition.

This year the National Championship will have greater importance as this will be the final competition the Sri Lankan athletes will take part in prior to the much-awaited Asian Games. AASL submitted 25 entries for the Asian Games but have laid down a minimum performance standard that needs to be achieved by all the athletes at the National Championship in order to be eligible to be part of the Athletic contingent that will represent the country at the Asian Games. 800m athlete Indunil Herath and long distancer Hiruni Wijerathner are the only exceptions with Indunil who is currently undergoing a training program in Kenya and Hiruni who is domiciled in the United States allowed to skip the Nationals.

The men’s 400m will no doubt be the stand out events at the nationals with the country’s quarter milers clocking some impressive times this year. It will be a contest of young vs experienced and promises to be a thriller. AASL has included Aruna Darshana and Kalinga Kumara for the 400m individual event while six athletes have been included for the 4X400m relay in Dilip Ruwan, Ajith Premakumara, Pasindu Kodikara and Anjana Gunarathne have also been named in the relay teams alongside Aruna and Kalinga. Only top 5 athletes will be selected for the 4X400 team. Kalinga Kumara clocked his personal best of 46.80 at the national trials held earlier this year getting the better of Dilip Ruwan who the defending national champion. Young sprinting sensation Aruna Darshana who dazzled with his head turning time of 46.55secs at the Asian championship which is the 4th best time recorded in the country behind Sugath Thilakarathne, Rohan Pradeep and Prasanna Amarasekara. Aruna’s relay team mate, young Pasindu Kodikara has clocked the second-best time recorded in the 400m in the year 2018 clocking 46.70 and will surely spice up the already fiercely contested 400m event at the National championship.

The Women’s 800m will also be a crucial event with the both Gayanthika Abeyrathne and Nimali Liyanarachchi expected to complete the 800m under 2mins 3secs. Both Gayanthika and Nimali have not been in great form during this year and will have to make sure that they achieve the stipulated standard by the AASL to make sure that they are part of the tour squad to Indonesia. The two front runners will no doubt will face stiff competition from the up and coming young athlete Dilishi Kumrasinghe who boasts of a personal best of 02.04.53secs.

Sri Lanka’s #1 sports hub www.ThePapare.com will be bringing you the live action of  Day 02 & 03 of the 96th National Athletic Championship to your fingertips. Visit http://www.thepapare.com/live/ to witness the premier Sri Lankan athletes battle each other to claim the title of ‘National Champion’ at The Sugathadasa stadium on 04th & 5th August 2018.