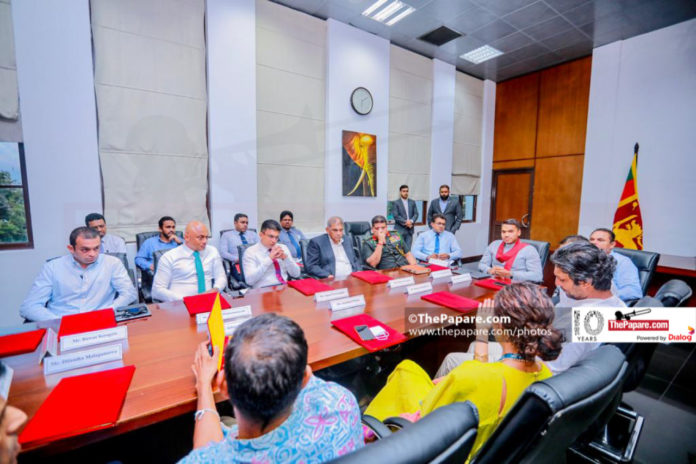 Sports Minister Namal Rajapaksa needs to be commended for naming a high-profile Sports Council earlier this week. Sports Councils are nothing new. They have been in existence for decades, but very few meaningful outcomes were seen all these years. So, what’s so special this time around?

As explained by former Test batsman Kumar Sangakkara, one of the priorities undertaken by the current Sports Council is overhauling the Sports Act, which is  older than most of us. Enacted by the legislature in 1973 under then Sports Minister K.B. Ratnayake, the Sports Act or the Sports Law has lost meaning 47 years later.

Over the last four decades, we have had 21 Sports Ministers and while some of them have expressed the need to overhaul the Sports Act, they have been only able to make amendments as the process is a tedious one.

Sanga has said that the present Sports Council will make it a priority to enact a new Sports Act.

The new Sports Council has some heavyweights with former captain Mahela Jayawardene heading the unit. There’s also Julian Bolling, an Olympian of repute and the man who finally ended India’s Sebastian Xavier’s dominance in the pool at the South Asian Games. The Sports Minister also has taken steps to bring individuals from the corporate sector. There is Supun Weerasinghe, the CEO of telecommunications giant Dialog and Ruwan Keragala, a Director of MAS Holdings.

The funding of sports cannot be done by government alone and entities likes Dialog and MAS have done much to support sports in the country.  The pulling out of Singer from sponsoring sports such as cricket and rugby was a major blow. As a result, sports associations and schools will have to bear the brunt of finding money to keep sports activities going and the involvement of leading enterprises such as Dialog and MAS are vital for the survival of the sport. Post COVID-19 we are going to encounter more challenges too.

While most of these individuals are well known by sports fans, someone who they are not too familiar with is Rowena Samarasinha, who is a Sports Lawyer. She has been working for a leading London based law firm for over a decade representing leading sportsmen – mostly those who are in motorsports. Rowena has an MBA from Loughborough University and her input in modernizing the Sports Act will be vital.

Rowena’s father Mohan Samarasinha of course needs no introduction, having represented S. Thomas’ College in nine sports and having been awarded colours for seven of them. In the year he captained the rugby team – 1963 – the Thomians went through the season winning all games – quite remarkable.

It’s time that our Sports Act has meaning and it is in line with international standards without losing the local flavour. All changes need to be done in keeping with the Olympic charter.

Most of our top domestic tournaments such as Junior Nationals and Seniors Nationals have lost meaning. Some of these competitions are regional based and while this would have had value in 1970s, at present with maybe 90 percent of sportsmen and women based in Colombo, there is no point in engaging in regional based competitions anymore.  Maybe, it is time for a national competition based on mercantile establishments and this could be a shot in the arm for once sporting giants such as HNB, Sampath Bank, Singer, Akbar Brothers and Maharajas to take an active role in engaging in sports again. This will ensure that people will not give up on sports at a young age.

Barely a couple of sports  can survive without government aid and one of the priorities of  the new Sports Act is to establish a Sports Fund and  find ways and means through which funds  can be brought in to sustain sports.

Similarly, a system has to be put in place to support rural sports.  Walala Central used to sweep the medals at All Island sports events but they have got little support other than from the forces to peruse their sporting ambitions after school. That is an area that needs urgent attention.

Kudos to guys like Mahela and Sanga for agreeing to be part of this important undertaking. The last three Sports Minister we have had wasted no time in telling the media that  they will be making use of the services of two of the most respected players when they assumed office. The duo who own the World Record for the highest partnership in Test cricket burned the midnight oil in providing recommendations on how cricket can be improved. But those recommendations were never implemented.

This time though there seems to be some urgency and purpose in moving forward addressing some key issues. It helps that the Minister of Sports himself was an elite sportsman and he has huge responsibilities on his shoulders to not to disappoint us again.