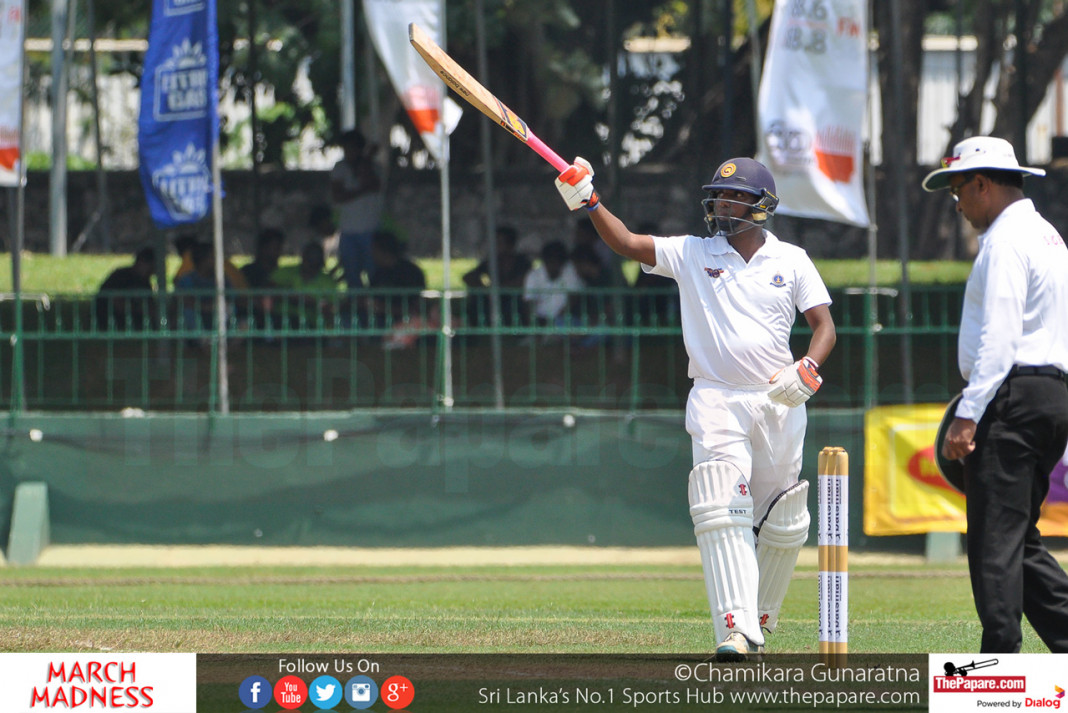 The 2017 ‘Big Match’ season started today at SSC grounds with the 54th edition of the Thurstan-Isipathana cricket encounter being taken place for the Blackham Wijewardena Memorial Trophy.

At stumps on day one, Isipathana College were 78 for 3 in reply to Thurstan College’s first innings score of 228.

Earlier on a seam-friendly surface, Isipathana opted to bowl first. Fast-bowler Neranjan Wanniarachchi struck early in the first over when he got Yeshan Wickramarathne caught behind for no score. Skipper Kasun Abeyrathne and Imesh Viranga added 24 runs for the 2nd wicket before the latter holed out to mid-on as Lisura Vinath picked up his only wicket.

After being 66 for 2, Thurstan slumped to 66 for 5 in quick succession as left-arm spinner Lahiru Dilshan and seamer Wanniarachchi combined together to remove Prageesha Mendis, Captain Abeyrathne and Sawan Prabhash inside three overs. Even though the Isipathana seamers used the conditions perfectly, Isipathana fielders, especially the slip cordon dropped six catches which proved futile to their cause.

Experienced Charana Nanayakkara and Navod Samarakoon then steadied the Thurstan innings as they got together to add 98 valuable runs for the 6th wicket. Nanayakkara struck 9 fours during his 62-ball 52 while Samarakoon consumed 58 deliveries for his 34.

Dilshan got both the wickets to help Isipathana crawl back into the game but Nipun Lakshan and Nimesh Lakshan made 26 and 34 respectively to help the Thurstanites reach 228. Both Dilshan and Wanniarachchi grabbed three wickets apiece while off-spinner Heshan Fernando took two late wickets.

In reply, the Isipathana College opening duo, Kalana Perera and Harsha Rathnayake started off smoothly adding 40 runs before a slight hesitation in running between the wickets broke the partnership as Rathnayake fell short of the crease after a confident 16.

Two balls later in the 9th over, Charana Nanayakkara induced the outside edge of Perera and skipper Abeyrathne, donning the gloves held onto a stunning take. Heshan Fernando made just 10 runs while Pathum Nissanka remained unbeaten on 17*.

With 105 overs due to be bowled on day two, the match is growing for another dull draw even though both teams are seeking a win since 1999.