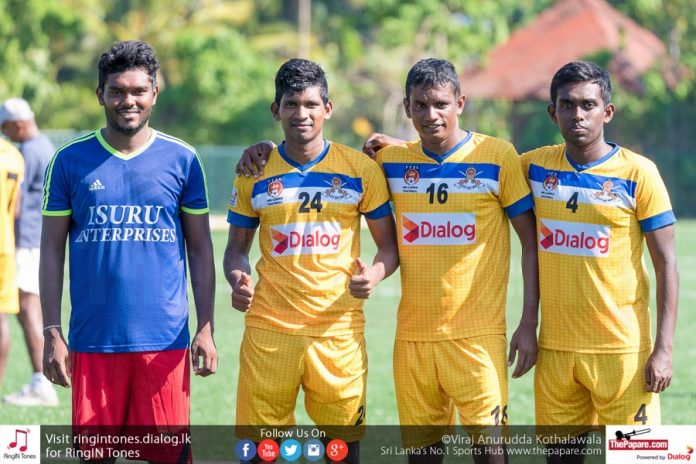 Three former National players have been recalled to the Sri Lanka Pool by the Football Federation of Sri Lanka (FFSL).

The three players are Charitha Rathnayake from Colombo FC, Asikur Rahuman & Sajith Kumara from Army SC. The recall was confirmed by the Manager of the Sri Lanka Team Sunil Senaweera;

“We had initially selected them for the pool. But they had a few question marks on their discipline. We asked the FFSL to have an inquiry on it. They did it and cleared the players and we included them into the pool,” Senaweera told exclusively with ThePapare.com.

Charitha Rathnayake was a surprise exclusion from the National Pool which was announced a couple of weeks backs. While captaining Pelicans SC he had a stellar 2017 season forming a solid center-back partnership with Amith Kumara.

Pelicans finished 7th in their return to the Dialog Champions League. After being in contention for the title until the last few weeks, a sudden drop in form resulted in them moving to mid-table. Rathnayake moved to Colombo FC at the start of the 2018 season after just one season with his home town club Pelicans from Kurunegala.

Army had one of the worst seasons in recent past finishing 9th in the 2017 Dialog Champions League. However, Asikur Rahuman and Sajith Kumara had been one of their most consistent performers. Rahuman has built a name as a strong center-back while Kumara has been amongst the goals in the FA Cup and the Champions League.