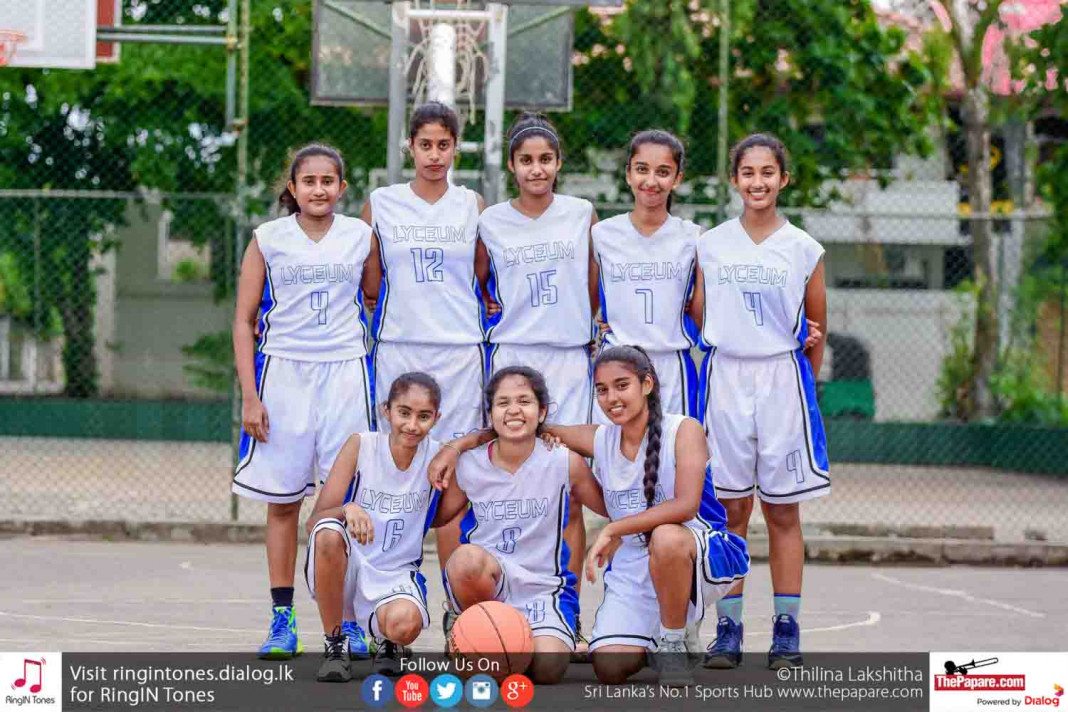 ThePapare Basketball Championship (TPBC), setting the stage for the next generation of stars will take center-stage in the Sri Lankan basketball fraternity for the second consecutive year allowing twenty-eight top notch schools compete to become the elite stars of the school’s basketball arena.

Lyceum International School – Wattala (LISW) being the breeding ground for many adept basketball stars in the arena is all set to compete to become the best. LISW`s track record in the inter-international basketball championship is excellent and they will look to continue their form. Dominating both the U17 and U19 categories, they have already set their hands on both the trophies in years gone by.

LISW competed in the 2016 tournament in Group A alongside the 2016 winners, Good Shepherd Convent. Unfortunately, LISW bid farewell in the group stages as they fell short on two out of their three group stage matches. LISW lost to Good Shepherd Convent, 40-42 and went on to lose to St. Joseph`s Girls’ School, 33-38. LISW`s only win came against St. Lawrence Convent 54-45. 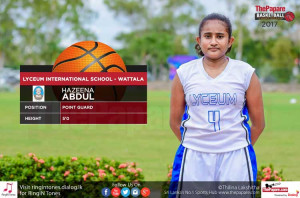 The skipper of the outfit for the 2017 edition, Hazeena, was also a part of the U18 national team which toured for the 3×3 Asian Championships that were held in Malaysia earlier this year. Playing in the point guard position, Hazeena Abdul controls the game well, dishing out passes to the rest of players making sure everyone is a part of every offensive possession. Her talent lies mainly in piercing through the defense and scoring while drawing fouls. 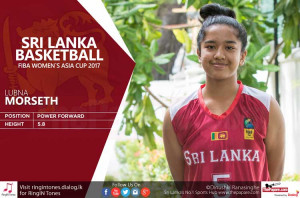 Lubna Morseth, will stand alongside skipper Hazeena with the experience she possesses having been a part of two national tours. Lubna represented Sri Lanka at the U18 FIBA Asia Championships in 2016 while she was also part of the team at the recently concluded 2017 FIBA Asia Championships held in Bengaluru India. Lubna will play in the center position and her experience will be vital in grabbing rebounds, scoring and exerting pressure in the defense.

This LISW team has been playing together for a couple years, thus creating a good team chemistry although this year they lack the services of Pawani Ranepura, who was instrumental in their previous campaigns.

Considering the strong points of the team, they have the ability to vary their offensive strategy according to the defense they face as the key players have no fear of taking shots from downtown when necessary and they try to score through fast breaks as much as possible. LISW also has a preference to a 2:1:2 zone defense but this could vary according to the team they play against.

After the victory last year at the Inter-International Basketball Championship, the training has been increased to make sure they can win once again following the same formula as last year. The added experience some of the players have gained participating in the Asian and World Games will go a long way in helping the team bag another victory this year.

Skipper Hazeena Abdul, “We have everything that we need to get another win this year, a great coach, a great team and we have put in the hard work and practices and I believe that nothing is impossible if you put in the work”

Head Coach, Nerius Stanely, “Winning the tournament comes down to the luck they have on the day but with regard to the work they have put in and their potential, the team has what it takes to win another championship”