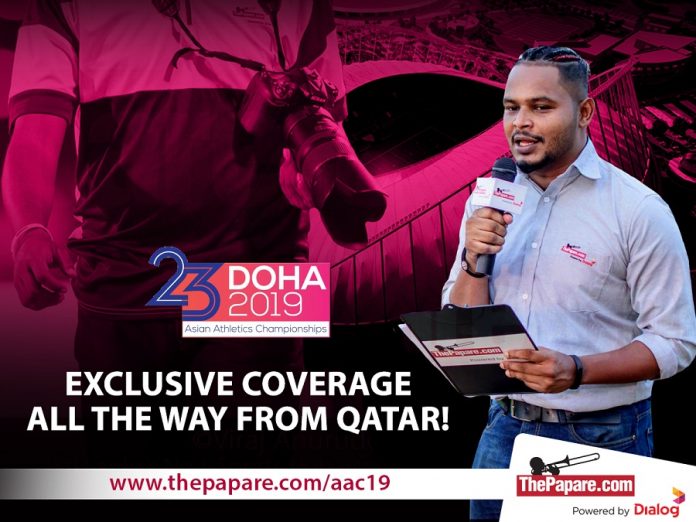 Asian Athletic Championship, the biennial regional competition will hold its 23rd installment at the Khalifa stadium in Doha Qatar from the 21st to the 24th April 2019 with the participation of over 700 athletes across 40 nations.

Organized by the Asian Athletic Association, the championship commenced in 1973 with the inaugural competition held in the Philippines. The event regarded as only second to the Asian Games, provides a platform for the regional athletes to qualify for the World competitions in the likes of World Championships and the Olympics.

This year’s Championship will be Qatar’s first time hosting the regional competition and will work as a valuable dry run for the World Championships which Qatar will host in September this year. The four-day competition will be worked out over morning and evening sessions in which participating athletes will compete for 186 medals in 21 men’s events, 21 women’s events in addition to a mixed relay event that makes its debut in the Asian Athletics Championships. Japan were the winners of the first four editions, but China have now become the undisputed leaders having won 17 editions consecutively while India became the winners of the 2017 edition.

Sri Lanka is currently ranked 10th in the overall medal tally having won 52 medals in total which include 19 Gold, 14 Silver and 19 bronze medals and are one of the only two South Asian countries to feature in the top ten behind India. Sri Lanka won their first Asian Championship medal in the 2nd edition of the Championship which was held in Seoul, Korea in 1975 where the Men’s 4X400m relay team won Bronze.

The most recent edition which was held in Bhubaneswar, India in 2017 saw the Sri Lankan contingent winning five medals which included a Gold and 4 Bronze medals at the competition. Four out of the five medals came through female athletes while the other was won by the Men’s 4X400m Relay team. The last time a male athlete won an individual medal for Sri Lanka was back in 2013 where Sachith Maduranga won Silver in the Men’s Javelin throw.

With less than a month remaining for the 23rd edition of the biennial Asian Athletics Championship, which will…

Athletic Association of Sri Lanka (AASL) has named a squad of 15 athletes to represent the country at the 23rd Asian Athletic Championship. The squad will consist of 8 male and 7 female athletes who will compete in 11 individual events and the Women’s 4X400m relay. The squad was selected after two national trials where the athletes were handed tough qualification standards by the AASL who are hopeful of securing a minimum of 5 medals at the competition.

Sri Lanka’s #1 sports hub, ThePapare.com  will travel to the Khalifa stadium, Doha, Qatar in the Arabian Peninsula to bring the action of the Asian Athletic Championship to your fingertips. Watch out for  previews, live results, live photos, exclusive and insightful videos of the progress of the Sri Lankan contingent.