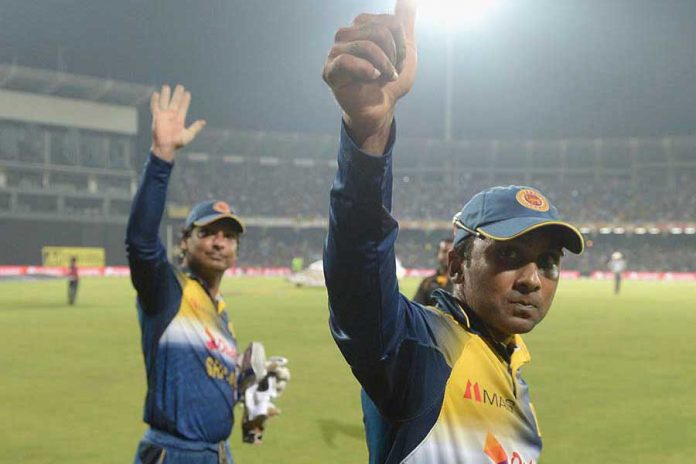 “So that’s the end, and Mahela Jayawardena has got a wicket, stumped by Sangakkara. How ironical is that!” – Ranjith Fernando commentating in the last game of the 7-match ODI series between England and hosts Sri Lanka.

The dead rubber (Sri Lanka already had won the series 4-2 with 1 match left) at the hub of Sri Lankan Cricket, R. Premadasa Colombo, saw the packed stands eagerly waiting to witness two of their most celebrated cricketing greats, Mahela Jayawardena and Kumar Sangakkara, on home soil, one final time.

The crowd was not made to wait long to see the pair as skipper Angelo Mathews won the toss and elected to bat first. Jayawardene opened the innings with Tillakaratne Dilshan, the ideal man to accompany the outgoing legends.

The crowd were taken to heaven for a moment when Jayawardena played one of his trademark cut shots past the cover point fielder off Chris Woakes on the very first ball of the match. He stroked 4 more boundaries to reward the crowd with a handsome little 22-ball farewell; his role in the game was done, or so we thought. 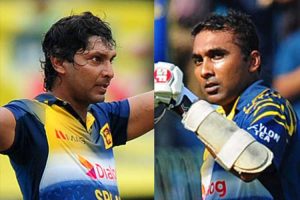 The crowd probably dreamed of seeing Jayawardene and Sangakkara bat together but it was not to be as the former was the 1st to be dismissed. In came Sangakkara, at the expense of his great friend Jayawardene. The classy southpaw played a 50-ball 33 including 3 boundaries to say his final goodbye to his beloved Sri Lankan fans in Colombo.

With Moeen Ali taking Sanga’s wicket, a chapter of Sri Lanka Cricket ended completely. Phrasing it as the end of Sri Lanka’s ‘Golden Era’ wouldn’t be harsh either. The groan and the loud, continuous cheer that was heard in the Premadasa stands when each of the greats left the field suggested how attached the masses were to the pair. Unfortunately, the boots left by them are yet to be filled.

The Brown Wash, reliving the times of glory…

The often unrecognized ‘jack of all trades’, overshadowed by Mahela and Sanga, Dilshan went on to score a century in this particular match and reached 9000 ODI runs in what was his 300th ODI, another one of his achievements outdone by Sri Lanka’s favourite duo. 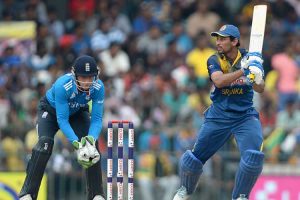 Dilshan, who usually carries on after reaching 100, gave away his wicket trying to put away a Chris Jordan full toss in the 44th over. Fortunately it paved way for a quick 63-run partnership between Thisara Perera and Dinesh Chandimal.

Incidentally Chandimal and Thisara are the only players from the XI which played this match who find themselves in the current ODI squad, Chandimal is now the captain while Thisara his deputy in the squad named to face England over the next few weeks. Chandimal and Thisara scored 55* (50) and 54 (26) respectively, playing fearless cricket in this match and providing the team the impetus that it needed in the death, something which the whole of Sri Lanka hopes they could do leading up to the 2019 World Cup. 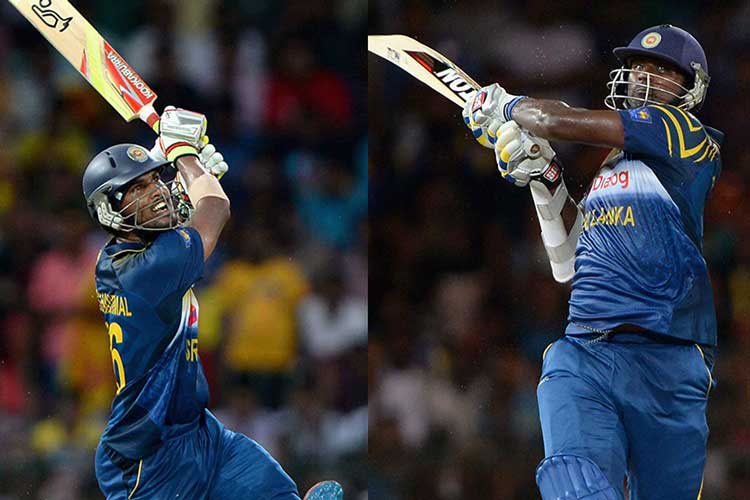 This game was also a kind of turning point for the English. This was the last ODI for former English skipper Alastair Cook. The axe hung over his head before the series and he didn’t do himself any favors, making 119 in 6 ODIs. He faced the exact same fate that has been dealt to Angelo Mathews (who may yet make a comeback, unlike Cook). He was sacked from captaincy and also axed from the ODI team. 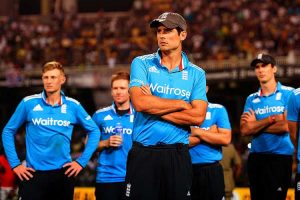 The era under new captain Eoin Morgan didn’t begin as the brightest, as England were knocked out at the group stages of the ICC World Cup 2015 after registering just 2 wins in 6 games. However, since then, with some drastic changes to their squad, England have emerged as one of the toughest ODI teams to beat and are currently ranked no. 1 in the world.

This pivotal match for both teams ended in the most dramatic way anyone could have imagined. It was an ending the Sri Lankan fans present would not even have dreamed off – Angelo Mathews threw Jayawardene the ball with a sly smile on his face as England dropped to 9 down. Jayawardene, not known for his work with ball in hand, trundled in to bowl some gentle off-spin. As fate would have it, James Tredwell, England’s no. 10, wandered down the pitch for a wild swing, missed the ball and was easily stumped by Sanga. The fairytale was complete as England lost by 87 runs.

Click here to see what Mathews, Dilshan and Cook had to say in the post-match press conference of this historic match.