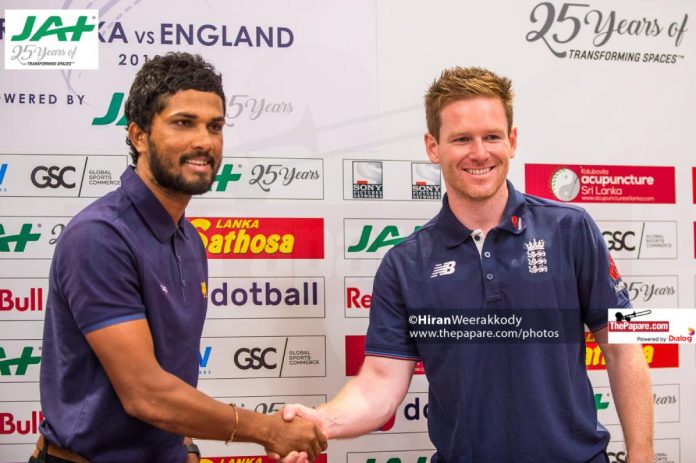 The world number one ranked England one-day international side will expect nothing less than a 5-0 victory against a hapless Sri Lankan outfit when the two teams start their series on 10th October in Dambulla.

Last time England toured Sri Lanka for ODIs in 2014, they were in some sort of a transition period as they were thrashed, 5-2 by a dominant Lankan outfit.

But, since then, things have changed dramatically in the last two years, the Brits have won 31 matches out of 42 games including two recent series wins against Australia, India at home while the Lankans have failed miserably, dropping down to 8th place in rankings, while losing to Bangladesh, Zimbabwe and Afghanistan recently.

With only eight months left for the ICC Cricket World Cup in their own den, England will be eying to continue their winning momentum in ODI cricket and give more confidence to their settled setup.

In contrast, the hosts, Sri Lanka will be looking to start a new era in ODI cricket under a new captain in Dinesh Chandimal after they sacked Angelo Mathews from captaincy and dropped him from the squad as well, citing poor fitness.

This will be a perfect opportunity for the hosts restore some pride after their diabolical showing at the Asia Cup in the UAE where they lost to Afghanistan and Bangladesh.

The three-match Test series, however, will be keenly fought with only eight ranking points separating the fourth-ranked England and sixth-ranked Sri Lanka.

With Rangana Herath set to retire at the end of the series, Sri Lanka will be hoping to give him a fitting farewell by recording a 3-0 whitewash which will also enable the hosts to overtake both England and New Zealand and move to number four.

England will be without Alastair Cook for a Test match for the first time since May 2006. Cook bowed out in style against India, scoring a century in his final Test innings in what was his 159th consecutive match.