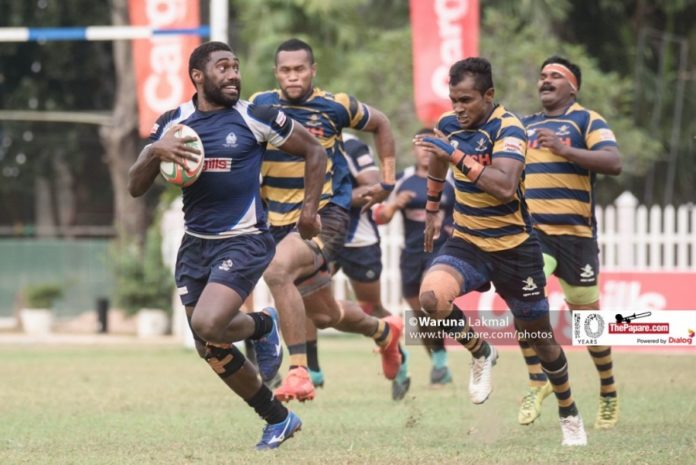 “The salary caps allow teams with less talent to have the same opportunities to entice players away from better teams as they have the same amount of money (theoretically) to work with.

Instead of having some teams with deep pockets and some teams with little to spend on talent, all teams should have the same buying power and ability to build a strong franchise.”

Do some parts of the above quote sound familiar to you? Like the lyrics of a song you know so well but you just can’t put your finger on it? Well, maybe that’s because it is a part of every conversation and rant when new players are signed at the start of each season of the Dialog Rugby League, when the league comes to an end and a champion is crowned and occasionally, when a bottom ranked team upsets a top ranked team. The “pockets” of the clubs play a major role in how their season will pan out. Avid rugby fans cry out for parity in the league cursing the uncompetitive league where only a few teams actually stand a chance of making a difference. Police Sports Club was a shining light in the recently concluded season, a real “rags-to-riches” story, but can their success be maintained and improved upon? What is stopping a wealthier club from opening up its fat wallet and signing key players like Rasith Silva, Sachith Silva and rest of the local boys that shined under the play-making abilities of Emosi Vunivosa? 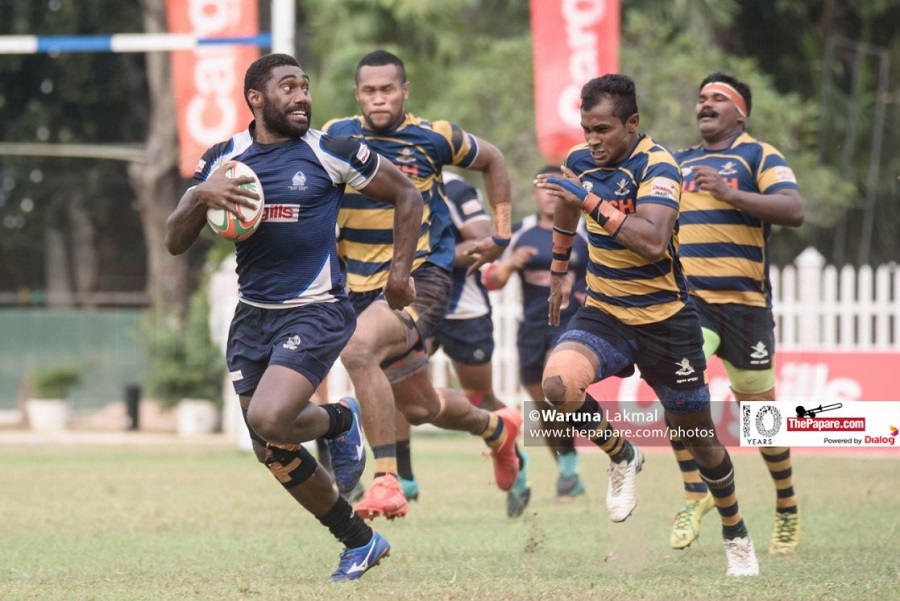 As discussed in my previous post, The Sri Lanka Rugby Draft: A way Forward?, there is a need to improve the quality and competition of the sport in the country. A club can only do so much but if a wealthier club comes along and grants a better contract to a player, the player can’t be blamed for going for it, after all loyalty doesn’t pay the bills. Therefore, in order to maintain parity in the league while making players happy financially, a salary cap may be implemented.

The Salary Cap can be defined as a set amount of money allocated to each team in a league, which a club can spend on player salaries for any given season/league year. This concept can help bring parity to the league and equalize the spending power of the teams in the league. It ensures long term financial sustainability of the league, its clubs and its players as well. It is essentially a limit on the amount a team is allowed to spend on players, which will limit the amount of star power a single team can possess and force clubs to invest in young talent and focus more on player development. 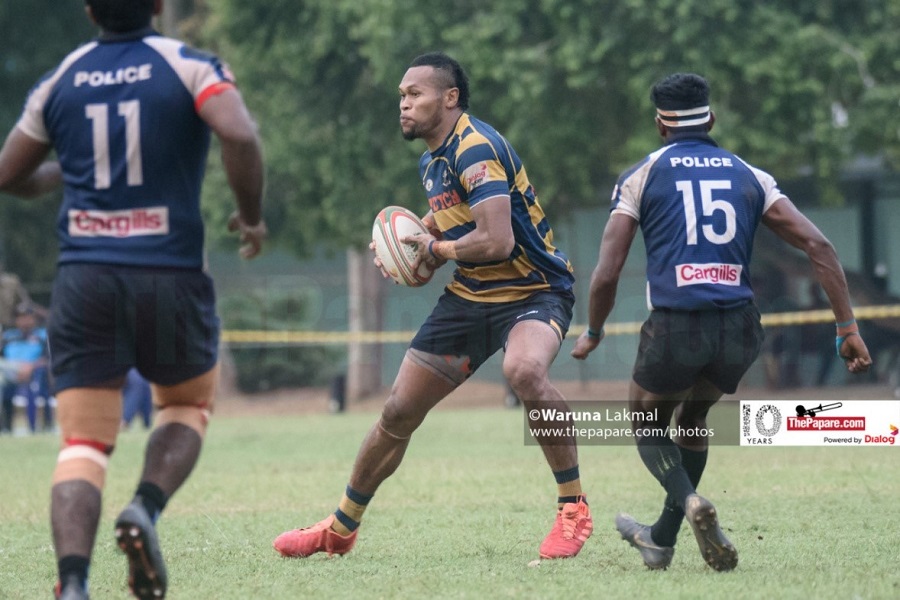 Usually determining a salary cap will take multiple factors like revenue from television contracts, naming rights to stadiums, ticket/merchandise sales, sale of premium seats, on-scene advertising into consideration. It is evident that most of the above factors are almost non-existent in the local leagues, but in the pursuit of development, the clubs can be given incentives and performance targets to reach the standards given here. What the existing clubs, especially in the premier division of club rugby in Sri Lanka, need to understand is merely reducing ticket prices will not attract crowds. In the modern age time is very valuable and people think very critically on how they will spend their weekends and free time. Therefore the clubs should come up with ways to make attending their matches a unique experience, something that the fans will talk about. Initiatives such as t-shirt give-a-ways (a sure-fire way to get the attention of the young crowds), food stands, half-time shows etc are good areas to start with.

How the league’s financing is done now…

As mentioned above, calculating the salary cap would take the revenues generated by the clubs and the league into consideration. But the way the system is set up in Sri Lanka, the clubs have only a very few modes of revenue generation:

Even among the above-mentioned methods, a bulk of the funds are received from sponsors. Therefore the team which can land the sponsor with the highest amounts of funds will enjoy a fatter purse to shop for players. Hence the funding structure needs to be revamped.

How the League’s financing can be re-structured

The main point of such a restructuring would be to negotiate deals in a way that clubs will be able to receive a part of the revenue generated through matches and using their namesakes. Furthermore, clubs should be motivated to focus more on their branding and focus on merchandise sales to not only improve their sales revenue, but to also popularize the club and the sport in the community which will benefit from the end goal of developing the game in the island. A few other ways in which SLRFU and clubs can re-structure the league’s financing are;

How the proposed Salary Cap would work

Three words, Collective Bargaining Agreement (CBA). It is an agreement where the players and the governing body negotiate how the revenue generated each season would be divided, which should be renewed every 5-10 years depending on the popularity of the league. It is essentially a revenue sharing model. The salary cap is calculated using a complicated formula which considers the CBA, ticket sales, merchandise sales and the other factors that contribute to the league’s and teams’ revenue during the course of a season.

When a salary cap is implemented, player contracts will drastically change and how each team can spend money on acquiring players will also change, for the better. In order to make this concept work, the player contracts should be structured to consist of an amount of money given to a player over a number of years rather than signing a contract and giving a lump of money which is what happens now.

Now in a “salary capped” league, teams can “back-end” these player contracts which will give more money during the last few years in a player’s contract which will lessen the cap-space taken by that player’s contract for the current year. Furthermore these contracts are usually structured in a way that the initial years of the contract has guaranteed money and the last years of the contract is a player/team option where each party can opt out of the contract and seek a trade or renegotiate a new deal. On the surface, this looks disadvantageous from a players point-of-view. But a contract signing further has signing bonuses (a sum of money given to the player upon signing the deal) and performance-based bonuses which will make up for the money the player stands to lose if their player/team option is not picked up down the road. This will not only stop teams from spending and hoarding star players in one team but also put the impetus on the players to maintain peak performance and conditioning which will contribute to the upheaval of the level of professionalism of athletes in the country.

Key aspects of the player contracts

Back ended contracts – The sum of money on a player’s contract is not divided equally into the number of years the payer is under contract for. It is structured in a way that the player gets less money in the initial years and more money in the latter years. These deals are used to lessen the strain a big contract would have on the organization.

Incentives – These are performance based bonuses used to ensure that the player performs to his potential within the contracted years. The incentives are usually specific to the player’s position and are based on his previous season’s/ career statistics and performances.

Guaranteed Money – This is the amount of money that a contracted player is guaranteed to get before having to renegotiate his contract which includes signing bonuses and incentives.

Restructuring/Re-negotiating contracts – It is very rare that a player will play out the duration of his contract in a salary capped system. This is because a player’s form will play a big part in his performance and it is very rare that an athlete will be on the top of his game every season. Hence teams will look to renegotiate his contract to lessen the money they pay him or look to trade the player or cut him to make room for a new addition to the team.

The salary cap concept is currently being used in multiple leading Rugby leagues across the world; The Super Rugby competition which has teams from the southern hemisphere powerhouses New Zealand, Australia, South Africa and Argentina. The northern hemisphere sides too use the salary cap concept; the Welsh, Irish and French Top 14 competitions and the much acclaimed Gallagher Premiership in England. One of the heads of the Gallagher Premiership explained the concept of the salary cap as “a tool to control inflationary pressures on clubs’ costs to provide a level playing field for clubs to ensure a competitive competition”

There is a reason that the above mentioned leagues are lucrative to both players and the management, highly competitive and popular; PARITY. The uncertainty of a potential champion at the start of the season will always gain the interest of everyone, the constant competition between equally matches sides will garner the attention of most viewers and the eventual champion will be adored so much more because of what they had to go through to get to where they are. Is this not what we, as fans, have been waiting for? No more one-horse races, no more fight for the second place from the get-go, no more fat cats poaching developed players. Some people might lose money, or at the very least won’t make as much as they do now, but as the saying goes, “If you want to make an omelet, you have to crack a few eggs”