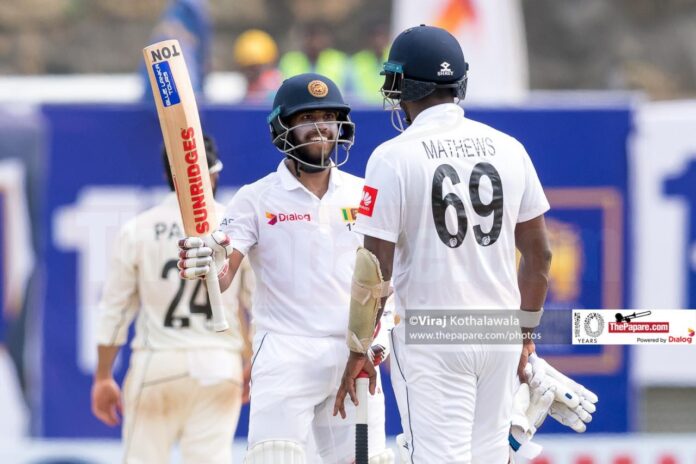 Kusal Mendis is so close to emulating Mark Waugh. On a tour of Sri Lanka in 1992, the junior Waugh collected a pair at RPS in the second Test and another pair at Moratuwa in the third Test. Four ducks in a row earned him the nickname– Audi. Mendis has got three ducks in a row now. Knives are out and twitter warriors want him out of the England series. But selectors need to be prudent moving forward, rather than being emotional.

What people don’t realize is that Mendis had rotten luck during the Wanderers game. In the first innings he was dismissed by a brute of a delivery from Wiaan Mulder and in the second innings Quinton de Kock came up with a stunning catch down the leg-side. Mendis can gain some consolation and hope by thinking that that’s his share of bad luck for the year.

If Mendis needs a break from the England Tests to work on a few technical glitches – he appeared to be playing from the crease without much movement of feet in South Africa – there is no harm in leaving him out.

Or the selectors can do something similar to what they did in January last year. Mendis was taken to India despite his form being horrible and the explanation given was that the coaches could work with him during the tour. Rather than spending time doing nothing, it is sensible to have him in the set up and allow coaches to work on his grey areas. This year has plenty of international cricket and Sri Lanka needs their number four batsman raring to go.

Mendis was picked to make his debut barely after a handful of First Class games. Post 2015 World Cup, Sri Lanka’s selectors were looking to fill some big boots, he was one of the players that they identified.

It is important that once we identify players, we back them. As for Mendis, he has supported the promise shown with some match winning and match saving knocks – like the 176 against the Aussies at Pallekele that paved the way for a 3-0 drubbing or the unbeaten 141 against the Kiwis at Basin Reserve where he batted for seven and half hours to save the Test match. Then of courses there’s that unbeaten 84 in Port Elizabeth that saw Sri Lanka creating history by becoming the first Asian nation to win a series in South Africa. Those on-drives off Dale Steyn’s 145kmph thunderbolts were a treat to watch.

Watch – The good and the bad of Kusal Mendis

So, while he has done enough with the bat at a time when the team has struggled as a unit, it is the manner in which he gets out that frustrates fans. He missed a maiden double hundred not just once but twice – both times trying to get to the milestone in glory. He was on 194 when he took on the long-on fielder in Galle and failed in his attempt to clear the boundary and eight months later, in Chittagong when on 196 he charged down and attempted to clear mid-wicket and was dismissed again!

Same year in November, chasing 327, everything was going smoothly with a big partnership between Mendis and Roshen Silva when according to then coach Chandika Hathurusingha, Mendis had a ‘brain fade’.

Roshen Silva had turned leg-spinner Adhil Rashid to square leg and two runs were on offer. Silva was running to the danger end and was rushing.  But Mendis’ approach was casual as he didn’t sprint hard. Sensing an opportunity at the non-striker’s end, Jack Leach came up with a direct hit and Mendis was inches short.

The problem you have with Mendis is that when everything is going his way and when it seems that the bowlers have no chance of dismissing him, he throws away his wicket. When on song, he makes batting look so easy. Elegant, technically sound, solid in defense and ability to make big hundreds, he has got them all. But the casual approach sees him gifting his wicket away.

Watch – The good and the bad of Kusal Mendis

Sri Lankan journalists who covered the Asia Cup in UAE would recall the words of Waqar Younis. We were admiring Babar Azam in Abu Dhabi press box and the former Pakistan captain overheard us and told us that he is in total admiration of Mendis. If the batsman is able to get his mindset right, there’s nothing going to stop him, Waqar said.

Some twenty years ago, Dav Whatmore used to tell his players that if they had a bad game, not to read the newspapers. The advice for Kusal Mendis would be to take what’s in social media with a pinch of salt.

Mendis has taken it to a different level taking on social media activists when he comes up with match winning efforts and there’s no love lost between the two parties.

Visionary former SLC President Hemaka Amarasuriya some 17 years ago mooted the idea of a cricket academy for young players. The academy that was to be run by SLC and based at R. Premadasa Stadium would enroll around 20 talented under-23 cricketers and the nine month residential camp would not only work on the technical aspects of the game but there were other crucial things like teaching them English, how to handle media, etiquette, managing your finances and a whole lot of things. The project didn’t materialize as Amarasuriya’s stint was brief. But that’s something SLC can look at and it will certainly help players like Mendis to develop other essential things in life, not just in cricket.