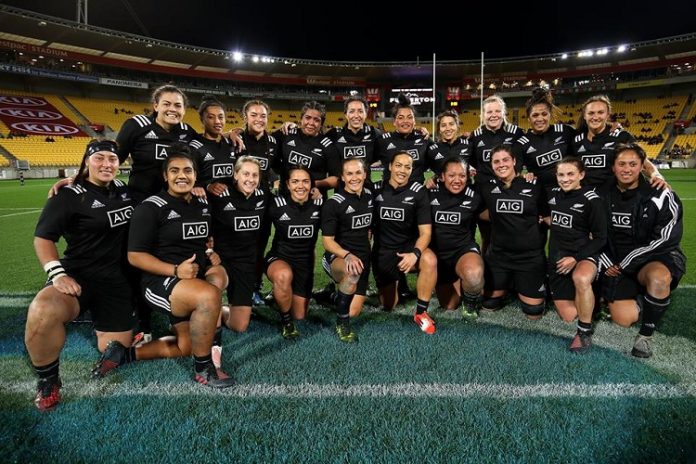 Rugby and the All Blacks; is there any greater love story? Complete dominance and, utter humiliation of opponents, never before in the history of sport has there been such a dominant and successful team. 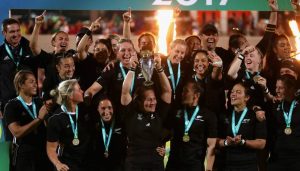 That’s not just because the All Blacks have a ridiculous record, it’s just because they have an absurd ability to make rugby look as beautiful as a piece of ballet. They have claimed three World Cups and, won more than 87.5% of their matches in their 127-year history, much more than any major national sports team. Many New Zealand fans go to rugby matches in suspense. Suspense not on whether their team will win, but on by how much they will win. But this is not about the All Blacks, this is about another Kiwi team, The Black Ferns.

Yes, without doubt, international men’s rugby is a more competitive environment than the women’s. In the Women’s game, only England can realistically give New Zealand a decent game, while the other teams just fade away at the hands of the Black Ferns.

The history of the Black Ferns isn’t as long as that of the All Blacks. Women in

New Zealand have been playing rugby since the 19th century, but Women’s rugby only really increased in popularity during the 1980s. In 1989, a women’s New Zealand XV was selected for the first time. The Black Ferns were then invited to participate at a World Cup tournament under the auspices of the International Federation of Women’s Rugby.

Until the 1980s, New Zealand women’s rugby was outside the control of World Rugby. It was run by the International Federation of Women’s Rugby, which left their rugby presence unfelt in the World Rugby arena. However, in 1989, New Zealand started encouraging women to take an active role in the game.

Also in 1991, the Black Ferns played their first Test at the inaugural Women’s Rugby World Cup, where the USA became inaugural champions. The Black Ferns’ first championship came in 1998 and they defended their title in 2002, 2006 and 2010. After losing out to England in 2014, they regained the trophy in 2017, becoming the most successful and only team to win 5 world championships in Rugby. 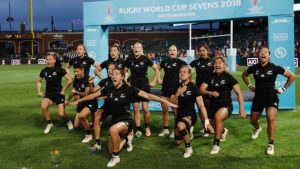 After unofficial teams had been fielded in the years 1997 and 1999, a New Zealand Women’s Sevens team was selected for the first time in 2000. The Black Ferns took part in the famous Hong Kong Sevens, winning the Final against Australia. The team assembled again the following year, but did not re-appear until the 2009 Women’s Rugby World Cup Sevens tournament in Dubai. They have won two consecutive world sevens’ world cups (2013 and 2018) since then.

The Black Ferns have an accomplished overall record, they’ve won about 90 per cent of their matches (a higher winning percentage than even the All Blacks!!). Further, they haven’t lost in years except for odd games here and there against England.

They’ve now won five World Cups as opposed to the three by the All Blacks. 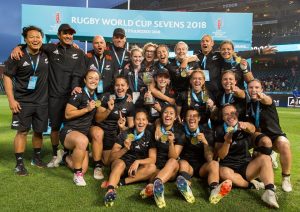 “Rugby fans can’t get enough of the Black Ferns’ exhilarating and entertaining rugby. And, if we want to support players to continue to give their all, we need to ensure we’re providing the best environment in order for them to perform at their best. They’ve won Commonwealth Games gold this year, and now they are Sevens World Cup champions too.” – Rugbypass

Even with the huge amount of success, the team is assembled very irregularly. The players had day jobs while rugby was their second option. None of the players were pure professionals up until the contracts were introduced right after the 2017 World Cup, where the Black Ferns beat the All Blacks to be named the Team of the Year by World Rugby. 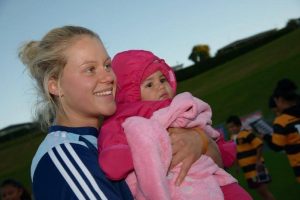 Hence, after lengthy discussions, a minimum of 30 players per year were decided to be given Black Ferns contracts. Further, the stars of the 2017 World Cup were offered ambassador roles and remunerations for the win. Contracted players will now assemble 50 days per year, for regular Black Ferns training camps.

With time, a “Parental Policy” was introduced, allowing players to take maternity leave and have a support person on tour with the team to look after the players’ children. A further 20 players will train out of Regional Performance Hubs, managed by the individual Provincial Unions, establishing a wider Black Ferns training squad with more depth. This move was made after realizing the importance of getting the players in place for the future. 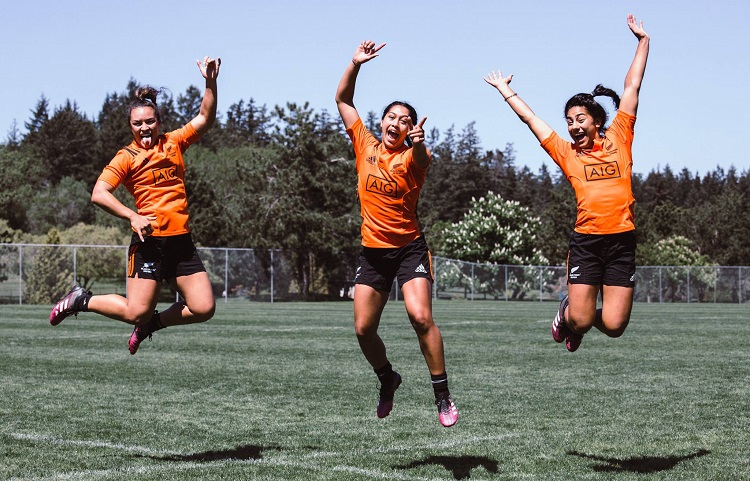 “Let’s just say it out loud for those in the back of the room, World Rugby, the body charged with running the game of Rugby Union around the globe, just handed its Team of the Year honor to the Black Ferns. The amateur New Zealand women’s team comprised of, among other things, students, teachers and police officers, who used the story of a white mouse to inspire a World Cup triumph.” – Rugbypass 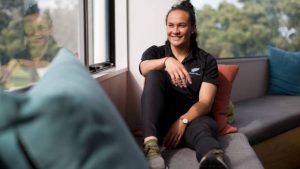 The Black Ferns stamped their authority in 2017 by winning the team of the year award, the World Cup and all the Women’s Rugby tournaments. During that World Cup, the Black Ferns scored more than 20 per cent of the total number of tries and almost 20 per cent of the total number of points. Portia Woodman, who scored the most tries, ran the most meters, made the most number of clean breaks and beat the most defenders all in a single tournament was named “The World Women’s player of the year 2017”.

To really understand what drives the Black Ferns, one must think about fundamentals: spirit, fair play, camaraderie, passion, pride, honor, respect and the belief that the team is always bigger than the individual. The Black Ferns, to their credit, never complained about resources, allowances, pay, or the delicate balancing act of combining sport, work and family. 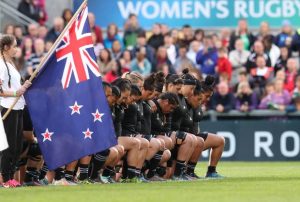 They had every reason to do so because of the distinct differences in what they were getting in comparison with what the All Blacks, or even what the other women’s teams were getting.

Simply put, it was hard work by a bunch of amateurs, day in and day out, until they became the best in the world. At last, they surely were looked upon, cheered and respected. Before the finals in Wellington, there was tremendous intensity in contact drills; such passion and emotion. A year down the line, the Black Ferns nailed the Seven’s World cup. The same intensity, passion, emotion and pride prevailed.

Fathers and grandfathers, who never dreamt of their girls playing rugby, are now encouraging them to do so. “My daughter wants to be a Black Fern” is far more commonplace. 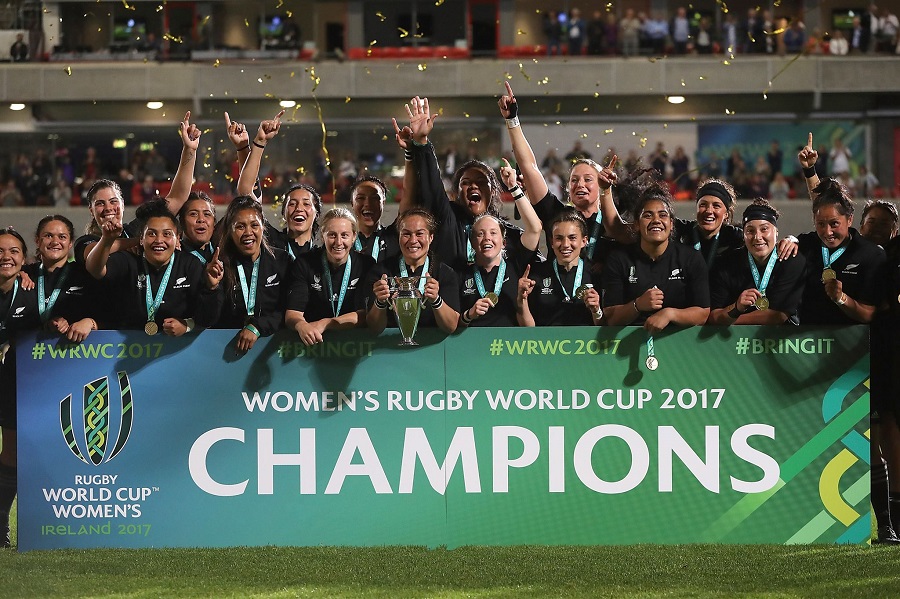 Being a world champion in any sport is nothing to be scoffed at. Sure, sacrifices in each sport are a must but it seems clear these women deserve more because they’ve achieved more. It took them a long time to get into the spotlight, emerging from behind the humongous shadow of the All Blacks. But this team of amateur athletes has finally sparked a conversation out of nothing in Women’s sport. It took them five World Cups to reach this turning point and now (to their great delight), the Ferns’ place in history is assured.