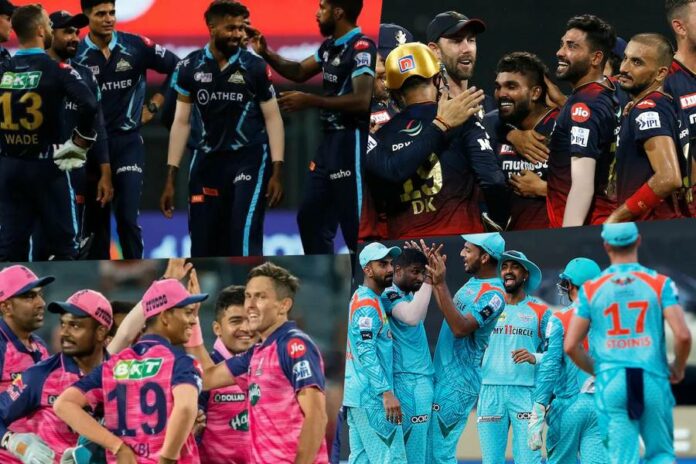 Coming into the 69th game of IPL, two teams (Royal Challengers Bangalore & Delhi Capitals) were in a race to win the last spot in the playoffs. Delhi Capitals needed to win against Mumbai Indians to qualify while a loss would propel RCB into the playoffs at their expense.

Prior to the fourth-place battle between Royal Challengers Bangalore and Delhi Capitals, three teams: Gujarat Titans, Rajasthan Royals and Lucknow Super Giants had booked their places in the playoffs.

Gujarat Titans who topped the points table with 10 wins of 14 games will meet the 2nd placed Rajasthan Royals (9 wins of 14 games) in Qualifier 1 on the 24th of May at Eden Gardens in Kolkata.

The third placed Lucknow Super Giants who registered 9 wins in the league stage, will meet Royal Challengers Bangalore in the eliminator on the 25th of May at Eden Gardens in Kolkata.

Read : Fixtures announced for Australia ‘A’ tour of Sri Lanka