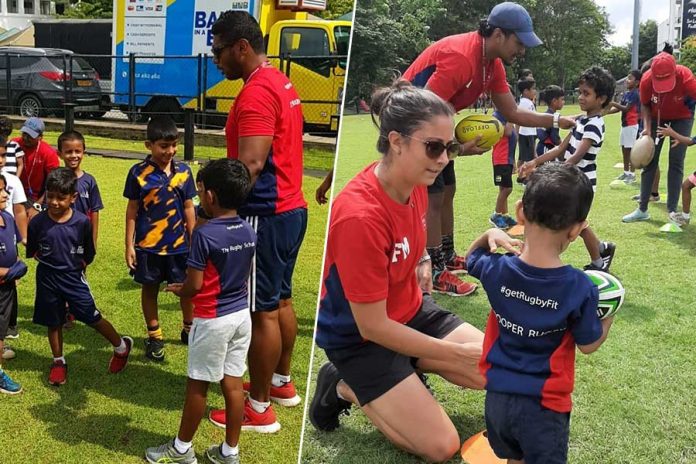 TAFA was founded in 2009 by Thaabit Ahmed, to offer coaching for young athletes. Based in Colombo, Sri Lanka, as a privately run sports academy, TAFA provides training in both Colombo and Galle. The addition of Trooper Rugby as well as their youth fitness sub brand – Trooper Elite, coincided with the start of the Football Clubs’ 10th year.

The Thaabit Ahmed Football Academy (TAFA) launched Trooper Rugby in September 2019, at the Racecourse Grounds, Colombo 07. The launch of the new Rugby Academy is in response to increasing interest from current members to meet a market gap for quality training via a professional entity that promotes early childhood development through fitness.

Trooper Rugby, since its launch in September has received support from the local Colombo community and now has over 40 students with more children showing interest every week.

Commenting on the launch of Trooper Rugby, Founder, TAFA Coaching – Thaabit Ahmed said “I am pleased to be supporting a fantastic coach in this new venture. I have worked with Bilal Hassen for the past four years and have seen him develop andthrive at TAFA. Now it is time for him to branch out and see how far he can take Trooper Rugby.”

Speaking with Head Coach, Trooper Rugby/ Director, Trooper Elite – Bilal Hassen noted “It is great to have the support of TAFA, a well-established sports academy to guide me as we build Trooper Rugby. It has been great to see my old students come back from The Rugby School and now adding to that with new students from TAFA and also local schools. I am excited to see where this year takes us and see Trooper Rugby go from strength to strength.”.