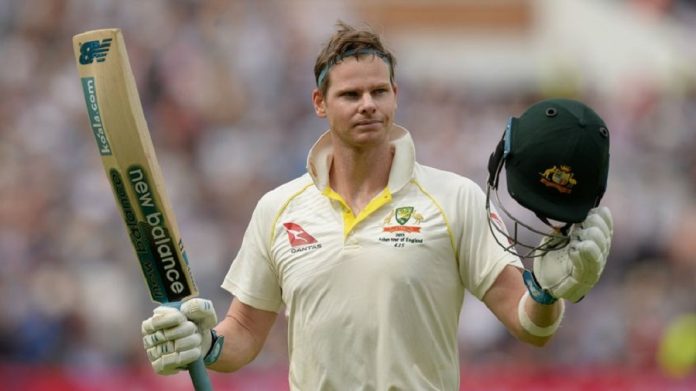 ndia captain Virat Kohli has slipped behind Australia’s Steve Smith in the MRF Tyres ICC Test Player Rankings after the second Test against the West Indies, which ended on Monday.
Kohli’s scores of 76 and zero in Kingston were not enough for him to hold on to the top ranking, which he had attained in August 2018 during India’s tour of England, when he scored 593 runs in five Tests and was named player of the series jointly with England all-rounder Sam Curran.
Read More : Dimuth climbs further in ICC rankings

Kohli is now one point behind Smith at 903 rating points, with the former Australia captain having the opportunity to consolidate his position in the remaining two matches of the ongoing Ashes series and move towards his career best of 947 rating points, the second best ever after Don Bradman’s 961.

Smith finds himself in top position for the first time in June 2015. He has been at the top for 141 Tests, the third most in history after Gary Sobers and Viv Richards.

India vice-captain Ajinkya Rahane’s scores of 24 and 64 not out have lifted him four places to seventh position, the first time since August 2017 that he is in the top 10. Hanuma Vihari has gained 40 places to reach 30th position after knocks of 111 and 53 not out that won him the player of the match award as India completed a 2-0 win in the two-match series.

India fast bowler Jasprit Bumrah, who became the third Indian after Harbhajan Singh and Irfan Pathan to take a Test hat-trick during his first innings haul of six for 27, has moved to a career-best third position from seventh before this match. His tally of 835 rating points is the highest by an India seamer since Kapil Dev in February 1981.

For the West Indies, captain Jason Holder has moved from 11th to fourth after his six scalps that included a five-wicket haul in the first innings while Kraigg Brathwaite has also gained two spots to move to 93rd in the bowlers’ list.

Among their batsmen, Shimron Hetmyer has gained one spot to reach 48th position while Jermaine Blackwood, who came in as a concussion substitute for Darren Bravo, has re-entered the rankings in 78th position after scoring 38 runs in West Indies’ second innings.

Sri Lanka and New Zealand, who drew their recent two-match series 1-1, are on 60 points each while England and Australia are on 32 each after three completed Tests of their five-match Ashes series. With 48 points still at stake in the series, either of the side can rise up to 80 points by winning the next two matches.

The top two teams of the championship, which also features Bangladesh, Pakistan and South Africa, will be played in the UK in June 2021 with the winners crowned the World Test Champions.

MRF Tyres ICC Test Player Rankings (as of 3 September, after the Kingston Test)

India captain Virat Kohli has slipped behind Australia’s Steve Smith in the MRF Tyres ICC Test Player Rankings after the second Test against the West Indies, which ended on