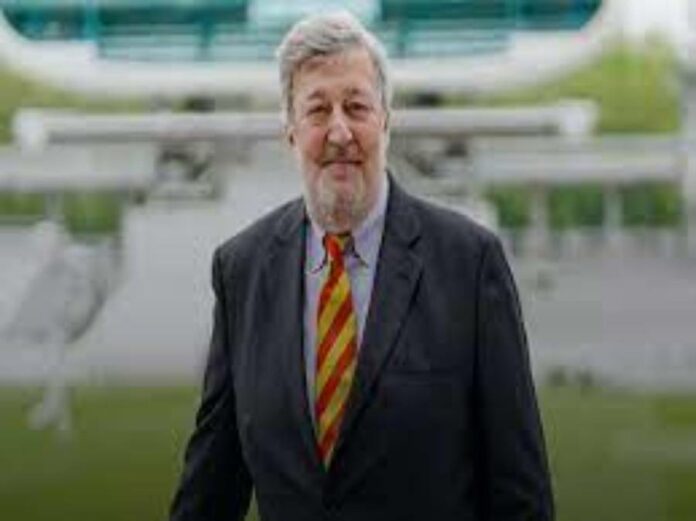 Stephen fry has been named as the next president of mcc, with the appointment having been announced at today’s annual general meeting.

His nomination was announced by current President Clare Connor at Lord’s and Fry will take up the post on 1 October 2022.

Fry is a lifelong cricket supporter, a patron of the MCC Foundation, and delivered the MCC Cowdrey Lecture last year.

He said of his appointment: “I am honoured and proud to be nominated as the next President of MCC. It is a Club that is known throughout the world for what it represents in the game and to be gifted the opportunity to perform this role is truly humbling.

“I thank Clare for this incredible opportunity and I look forward to supporting her as President Designate over the summer before commencing my own innings in the autumn.”

Fry is an English actor, screenwriter, author, playwright, journalist, poet, comedian, television presenter and film director. He is also an advocate for mental health and has been President of Mind, the mental health charity, for over a decade.

An MCC Member since 2011, he is widely known to be a lover of cricket and delivered the 20th MCC Cowdrey Lecture in November 2021. As only the second non-cricketing personality to give the Lecture, his impassioned speech was both powerful and memorable.

Fry has also worked with MCC previously to narrate a series of videos to help explain aspects of the Laws of Cricket for use on MCC’s elearning platforms.

MCC President Clare Connor said: “I am thrilled to be able to announce Stephen as my successor. He has a deep love and care for cricket and will be a wonderful ambassador for MCC.

“The Cowdrey Lecture he delivered last year was inspiring and showed the extent to which he understands the challenges and opportunities that both MCC and cricket face.

He will bring a wealth of experience to the role and I hope he thoroughly enjoys his year.”

Today’s Annual General Meeting at Lord’s was the first to be held in a hybrid format, with Members attending in person at the Ground as well as online. This follows the previous two years where meetings were held solely online due to the impact of the Covid-19 pandemic