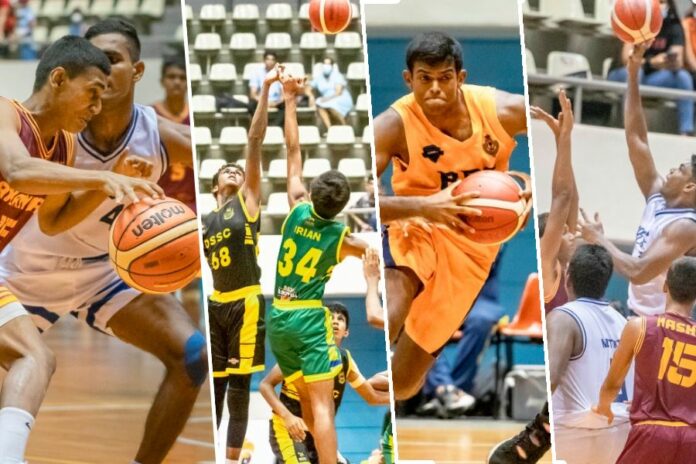 The quarter-final stage matches of the Under 20 Schools Basketball Championship were worked off today at Sugathadasa Indoor Stadium.

Royal College, Colombo emerged victory against Gateway College, Colombo with a lead of 10 points, 62 – 72 in the 3rd quarterfinal. The young gateway cagers put up a good fight against the more experienced Royalists but the aggressive defence by the Reid Avenue lads led them to victory.

The Semi-Finals of the boys’ category will commence tomorrow at Sugathadasa Indoor Stadium. St. Peter’s College will battle against Royal College at 7.00 A.M as the first boys’ semifinal before St. Joseph’s College and D.S. Senanayake College’s clash in the 2nd semi.

Keep it logged on to ThePapare.com for more details about the U20 Schools Basketball Tournament 2022.