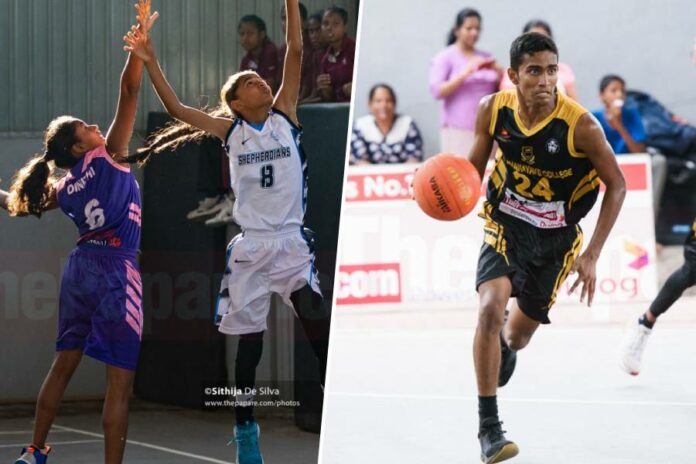 Over 30 schools teams are all set to battle against each other at the quarter final stage of Under 20 Schools Basketball Championship while 8 teams advanced straight into the semifinals.

The group stage matches of Under 20 Schools Basketball tournament concluded on the 30th of March 2022 in Colombo.

>> Groupings and venues announced for U20 Schools Basketball Tournament

The preliminary rounds in the B division unfolded with 8 boys’ teams and 4 girls’ teams going through to the quarter finals and semifinals accordingly.

The Girls’ Semifinals between Ladies College and Visakha Vidyalaya as well as Hillwood College and Lyceum International School Nugegoda will be played on the 8th of May from 3.00 P.M onwards.

8 boys’ and girls’ teams will playoff in the Quarters of the C division over the latter part of the week. Matches will kick start on the 5th of May 2022 in St. Anthony’s College, Wattala. First match between Yashodara Gampaha & Devananda Ambalangoda will start off at 3.00 P.M. and will be followed by the 2nd quarter final match between Methodist College and St. Anne’s Wattala on the same day. The boys’ quarters will begin on Saturday.